'May have been brought by ancient Greeks' 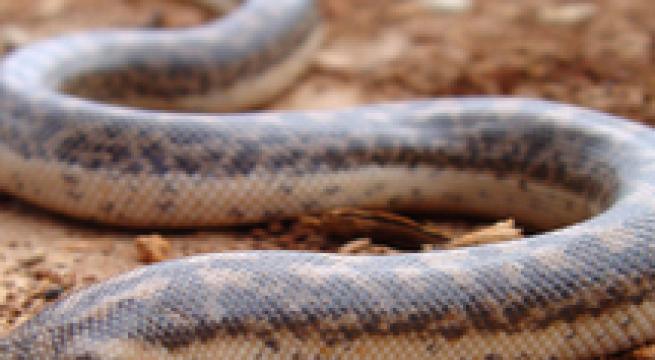 Milan, December 31 - Italian zoologists have identified three live specimens of the rare javelin sand boa in Sicily, according to findings published Thursday in Acta Herpetologica scientific journal. The javelin sand boa - also known to zoologists as Eryx jaculus - is usually found in Africa, the Caucasus, Eastern Europe, and the Middle East. It is the only species of boa in Italy. In September 2014, it was rediscovered in Romania near the Danube River after being extinct there since 1937. The little boa - which grows to 50-80 centimeters in length - is harmless to humans and lives underground, which may be why it has escaped notoriety for so long. Zoologists from the Sicilian cities of Comiso and Messina as well as Bologna University researchers were moved to look for the sand boa after repeated sightings were reported over the past 80 years on the beaches around the seaside town of Licata in Agrigento province. The team finally identified six Javelin sand boas, capturing three in order to study them. Their findings showed the presence of a stable and reproductive Eryx jaculus population over some 40 square kilometers in a flood plain known locally as La Piana, near the River Salso. The location of the snake colony in turn led zoologists to surmise that this creature that is so rare in Europe may have been imported by the ancient Greeks when they colonized Sicily. "The Greeks used to use snakes as projectiles," explained Comiso Natural History Museum Director Gianni Insacco, who wrote up the team's findings. "They would throw them onto enemy ships before the assault, to instill fear and create disarray. They generally used vipers that had been deprived of their venom, and species similar to the javelin sand boa as an alternative". The area where the javelin sand boas now live was the site of two major battles in the former Greek colony of Himera, one around 405 BC and the other in 310 AD.