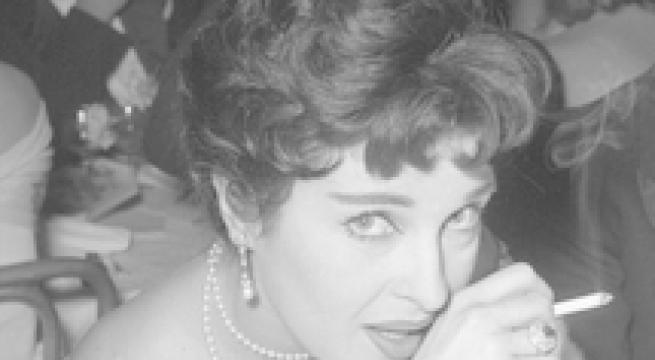 Rome, January 7 - Italy is mourning Silvana Pampanini, a screen siren who starred in a string of hits in the 1950s and inspired legendary comic Totò's iconic song 'Malafemmina'. Pampanini, 90, died after a long illness in a Rome hospital Wednesday and will be buried in the Santa Croce basilica in Rome's Flaminio district Friday. Her body was laid out for people to pay their respects on the Campidoglio (Capitol) Thursday, and a handful of nostalgic admirers came to see the once-mythical beauty. A spunky and captivating screen presence, Pampanini starred in enough early 1950s gems to become an Italian cinema icon on a par with slightly later divas Sophia Loren and Gina Lollobrigida, her rivals for the affections of legions of male admirers. She sprang to fame with the film 'Bellezze in bicicletta' (Beauties on a Bike) and went on to seal her status with the all-time great 'Bella di Roma' (The Belle of Rome), a 1955 masterpiece by one of the maestros of the nascent Commedia all'italiana movement, Luigi Comencini. In it, she sparred vivaciously with comic legend Alberto Sordi. Pampanini went on to appear with other Italian greats including Marcello Mastroianni, Vittorio Gassman and Vittorio De Sica. She also starred alongside Buster Keaton in his quirky 1953 hit The Charming Enemy, as well as working extensively in French cinema alongside the likes of Jean Gabin. Although she went into a Garbo-like retirement in the mid-1960s, Pampanini reappeared in 1983 with a cameo appearance in Sordi's 'Il Tassinaro' (The Taxi Driver) in which she showed how shapely her legs still were, prompting an alarmed Sordi to warn her not to show them off to him too much or he would have an accident. While working on her breakthrough film, Bellezze in Bicicletta, where she played an aspiring showgirl trying to break into Totò's dance troupe, the comic genius famously fell for her and vainly tried to work his 'tombeur de femmes' wiles on her. Smarting from her rejection, he wrote the iconic and for the times audacious song 'Malafemmina' (Bad Girl), whose haunting refrain is regularly played when tributes are made to the immortal 'Prince' Antonio de Curtis.