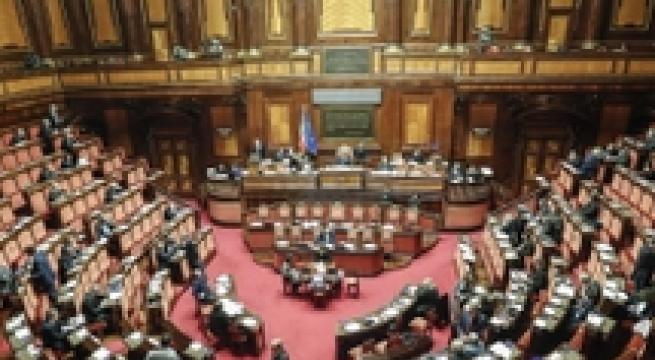 (refiling with correct take number) Rome, December 14 - The Senate on Thursday gave final approval to a bill for living wills with 180 votes in favour, 71 against and six abstentions. The definitive green light, after a long battle by civil rights groups, was met with a big round of applause in the Upper House. It was hailed by most political parties but criticised by Italian bishops. A living will, also called a directive to physicians or advance directive, is a document that lets people state their wishes for end-of-life medical care, in case they become unable to communicate their decisions. It may include their stating they do not wish to be artificially fed and hydrated. Right-to-die activists have hailed the legislation saying it has "finally" come eight years after the landmark case of Eluana Englaro, which split the country. Englaro was an Italian woman who was taken off life support after a long legal battle after being in a vegetative state for 17 years in 2009. Englaro's father Beppino said Thursday "there will never again have to be a tragedy inside a tragedy like Eluana's". He said "this is an important day for everyone's rights and freedoms, a watershed for civilisation in our country". He said "we could not have expected any more than this. It is a goal that has been achieved also thanks to the battle that all the team that helped me waged for Eluana". Premier Paolo Gentiloni tweeted: "Living wills: green light from the Senate to a civilised choice. A step forward for the dignity of people". Speaking in Brussels, the premier added: "Parliament has taken a decision that allows everyone to take a step forward in terms of civilisation for the country and dignity for the human person, and so I'm very satisfied". Democratic Party deputy leader Maurizio Martina said "it's a just and historic law". The widow of right-to-die activist Piergiorgo Welby, Mina, said "it is just what Piergiorgio had wanted so many years ago, in 2002. "Today is a very beautiful day that creates a right to be treated, to refuse treatment, to choose. "Of freedom of choice. "That doesn't mean that if a person wants to come off an artificial lung machine and feeding, that dones't mean that they're refusing life but that they've reached a point of great suffering that is only going to increase. "The interruption of these treatments, or not accepting them, means not having more suffering. "So it is not euthanasia as I have heard (Catholic critics) say in the last few days. "Euthanasia is something else. "But I'd like there to be a law on that too, some time in the future". The right-to-die Coscioni Association said "now it's time to pass a law on euthanasia too". There have been a number of high-profile cases of Italians committing assisted suicide in Switzerland. Coscioni Association activist Marco Cappato is currently on trial for helping a blind and tetraplegic ex-DJ, Dj Fabo, kill himself. Fabo's parents and even the prosecutor in the case were moved to tears by a video of Fabo's suffering shown in court Wednesday. The Italian Bishops Conference (CEI) slammed the newly approved law. CEI Health Office Director Father Massimo Angelelli told ANSA the law "seems not very effective in safeguarding those who suffer". He said "there are many uncertainties in the applicability of this law". In Father Angelelli's view, "the judgement is not positive, we cannot recognise ourselves in this text." He said the law "safeguards doctors by relieving them of all responsibility, safeguards public health facilities, tries to reduce defensive medicine by transferring onto the patient the burden of responsibility of choices, but it seems not very effective in safeguarding people who are suffering". There was, however, very little criticism from Catholic MPs - despite the fact that the Vatican's teaching on end-of-life issues, recently reaffirmed by Pope Francis, does not include hydration and nutrition among the over-zealous or obstinate practices to be avoided. Catholic lawmakers did, however, warn that the law should not lead to the approval of euthanasia. "This is not euthanasia and the distinctions must be maintained," said Health Minster Betarice Lorenzin. But a Catholic pro-life group, ProVita Onlus, said "at the March 4 general election we will remember the politicians and parties that voted for this death-dealing and Nazi law". The group said that euthanasia "has now been legalised in Italy".