New edition of biography by Giammusso 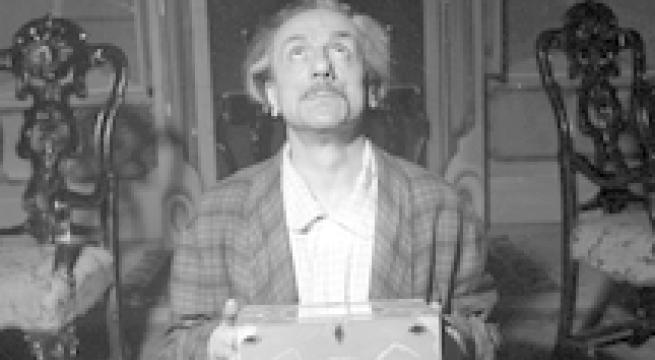 (By Marzia Apice). Rome, January 22 - The Neapolitan actor, playwright and screenwriter Eduardo De Filippo's life was entirely dedicated to the art of theater, as is made clear in the book 'Vita di Eduardo' by Maurizio Giammusso. The first edition was published by Mondadori in 1993. The new edition, published by Minimum Fax and with a preface by Dario Fo, helps to better understand this well-known but ever mysterious persona. Timely, rigorous and passionate, this biography reconstructs in an exhaustive way every single detail of the performing artist's life, providing the reader with an innumerable quantity of details, anecdotes and documentation that make it into a true guide to the man and his work. ''Eduardo was a progressive development for me. I began with a small book that later grew,'' Giammusso said on Wednesday evening during a presentation at Rome's Teatro Argentina. ''I believe he was the only writer and actor whose sentences became proverbs commonly used''. The presentation took place in the same hall in which the final farewell was given about two months ago to the writer's son Luca De Filippo. Concealing with intelligence his presence as writer to focus exclusively on the book's protagonist (''this is Eduardo's book, not mine'', said the author), Giammusso patiently pieces together parts of Eduardo's public and private life and forms a multifaceted, complex vision of his existence. From his family - including his father Eduardo Scarpetta, his sister Titina and brother Peppino, and his arguments with the latter - to the birth of his most well known works, such Natale in Casa Cupiello', 'Napoli Milionaria! and 'Filumena Marturano' and his civil and ethical efforts in his later years after he was named Life Senator. While the author reveals to the reader the ''construction'' of Eduardo's genius, year after year and work after work, a view of the country emerges as well - amid its traditions and history during the twentieth century. The story is inevitably also that of the mechanisms, rules and habits of Italian theater unseen by theatergoers. The Italian actress and singer Lina Sastri said at the presentation that ''you read this book as if it were a story'', while theater critic Masolino D'Amico said that it ''fascinates because it enables you to see what is behind Eduardo's persona''. Though he couldn't attend due to institutional duties, former Italian president Giorgio Napolitano sent a letter saying that the ''work is exceptionally thoroughness, accuracy and timeliness, both as a true biographical reconstruction and in the critical approach - both in a historical and cultural sense - that characterizes it.'' Actor and comedian, author and director, Eduardo, (1900 - 1984) was a complete artist.