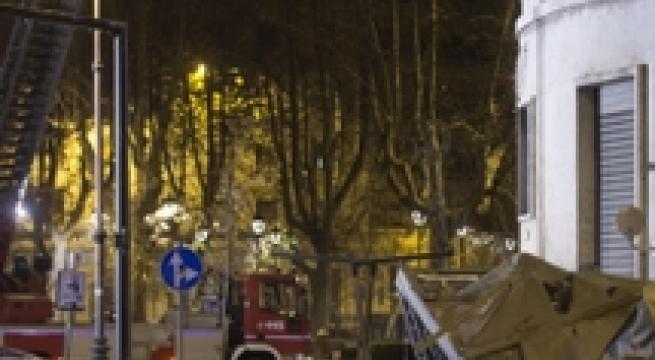 Rome, January 22 - Three floors of a Rome apartment building by the River Tiber collapsed early on Friday. No one was killed or injured as the building was evacuated after a resident heard strange noises and raised the alarm. The building collapsed before the eyes of 10 families who were evacuated, sources said. The incident may have been caused by building work in an apartment, which damaged the structure and caused the top three floors, the fifth, sixth and seventh, to cave in. Construction of the building was completed in 1939. "An investigation is under way," said Raffaele Clemente, the commander of Rome's municipal police. "It seems that work was being done and we have to see what type of interaction there was between the work and the collapse. We'll know something in the early afternoon".