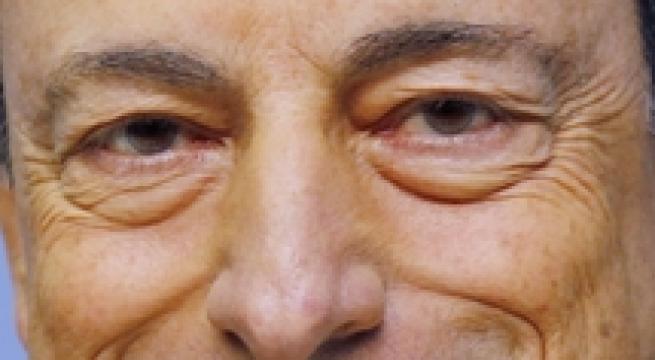 Milan, January 21 - The Milan bourse on Thursday regained a lot of the ground it lost earlier this week as European Central Bank President Mario Draghi left interest rates unchanged and said he saw them staying low in the long term. Italian Premier Matteo Renzi dismissed the speculative pressure that has hit Italian banking stocks this week, saying turbulence was an opportunity rather than a cause for concern. The Milan stock exchange's FTSE Mib index closed 4.2% up at 18,723 points after Draghi said interest rates were set to remain steady for "a long period of time". On Thursday the ECB left its main refinancing rate unchanged at a record low of 0.05%. It also left its deposit rate unchanged at -0.30%. The share price of troubled bank Monte dei Paschi di Siena (MPS) soared back up, taking its capital valuation above the two-billion-euro threshold it had fallen below after coming under extreme pressure in recent days, at 2.14 billion. The MPS share price closed 43.15% up after being suspending several times for excessive volatility - this time of the upward variety, after three days of punishing losses made its accumulated losses this month over 50% despite a recent ban on short selling. Other banks recouped a lot of lost ground too: Carige (+28.843%), Popolare (+10.31%), Unicredit (+7.93%), whose repurchase of 1.8 billion euros was hailed by the stock market, Bper (+11.04%), Ubi (+5.69%) and Bpm (+4.37%). The banking sector's recovery tugged the rest of the list in its wake: Mediaset (+6.14%), FCA (+6.37%), Exor (+4.4%), Telecom (+5.38%) and Ferrari (+3.59%). Only two blue chips fell: Ferragamo (-0.4%) and Saipem, which dropped 5.87% amid uncertainty over a 3.5-billion-euro rights issue whose details will only become clear on Monday. In other remarks Thursday, Draghi said the ECB was ready to do whatever it takes to hit inflation targets. He said there were "no limits" to the ECB's scope of action, within the terms of its mandate. The ECB is doing what it takes to deal with current trends, Draghi said. "We're adapting our instruments to changing conditions," he said. "We're doing what is necessary to fulfill our mandate and we are not giving up in the face of these new factors". The ECB governing council voted unanimously to review monetary policy in March, he added. Draghi also said Italian banks were well capitalised and "we know it takes time to fix bad loans". The relatively high ratio of Non Preforming Loans (NPLs) has been cited as one of the main reasons behind this week's apparent attacks on Italian banking stock. Premier Renzi was unfazed by the recent bourse woes. He said that Italy's banking system was solid on the whole, adding that the turmoil that has hit the share price of several lenders could be a blessing in disguise. "The Italian banking system is solid," Renzi told a press conference. "Some banks are being targeted not the banks in general... Significant changes are needed so that, in the end, there will be fewer bankers, fewer executive posts and more resources for credit and more transparency. "That's why I say that the turbulence of the last few hours can be an opportunity".