Best of Uffizi in 'virtual version' in Milan 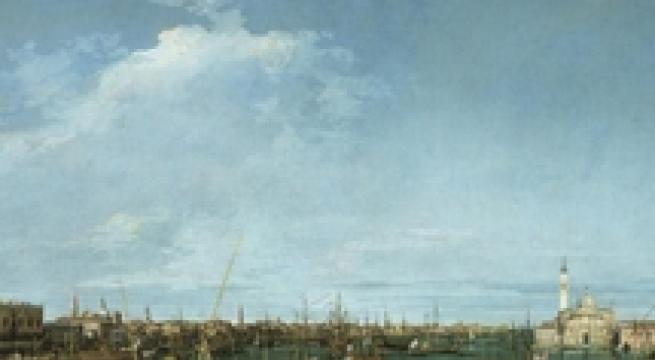 (by Nicoletta Castagni). Rome, January 21 - Venice in all its splendour, immortalized by some of the most famous landscape painters including Van Vittel, Canaletto, Bellotto, Guardi and Caffi will be in Brescia, while in Bassano del Grappa (Vicenza) a masterpiece by Jacopo Dal Ponte (also known as 'Il Bassano') will be back, having re-emerged on the antiquities market only in recent years. These are the most interesting exhibitions this weekend, along with one in Milan that showcases the Uffizi in a 'virtual version'. BRESCIA - The most beautiful and famous views of Venice by some of the most accomplished masters of the genre such as Canaletto, Belloto, Guardi and Caffi will be exhibited from January 23 until June 12 at Palazzo Martinengo. About one hundred masterpieces from between the XVIII and the XIX centuries on loan from prestigious collections will tell of the enchantment the city on the lagoon holds which, more than any other, has represented an unsurpassable myth in the collective imagination. Under the title 'The Splendour of Venice: Canaletto, Bellotto, Guardi and the Nineteenth-Century Vedutisti', the exhibition covers two hundred years of history in painting and begins with the work of the Dutch Gaspar Van Wittel, the first of the 'Vedutisti', but also looks at the extraordinary talent of Canaletto alongside that his father Bernardo Canal and his nephew Bernardo Bellotto. A great deal of space is also given to the works of Francesco Guardi, who transformed the seductive beauty of Venice into a vague, remote and almost alienating location, and the nineteenth-century paintings of Ippolito Caffi, for whose works an entire section is set aside. BASSANO DEL GRAPPA (VICENZA) - 'The Magnificent Warrior' is a show that has brought back to the public eye a work by Jacopo Dal Ponte, also known as 'Il Bassano', to the Civici Musei of Bassano del Grappa. The well-known 'Portrait of an Armed Man' has been lent free of charge to the city museums after the painting was recently found to have likely been by the artist. Over time, the work had been attributed to Veronese and to Pordenone, and had been put on auction as such. Art historians from the University of Verona instead picked up on the similarity between the 'magnificent warrior' now exhibited and the figure in a painting held in the Getty Museum, leading to the attribution of it to Jacopo Bassano. The masterpiece is in the 'Sala dei Bassano' of the museum, in which the 27 most important portraits made by the family of painters active throughout most of the sixteenth century. MILAN - The Uffizi has come in a virtual form to the Fabbrica del Vapore in an exhibition that will run through March 10. Entitled 'Uffizi Virtual Experience: From Giotto to Caravaggio', the interactive exhibition on the famous Florentine museum was created to valorize cultural and artistic heritage in an innovative, compelling manner. This was achieved thanks to over 1,150 extremely high-resolution images, immersive multi-projections and enabling technology. The first section has immersive multi-projections; the second on frontal didactics and the third is set up with interactive instruments, in which visitors can explore all the digitized works. Didactic activities such as art lessons, readings based on the works, group workshops and theme-based routes will be held as part of the exhibition for elementary, middle and high schools.