Prevailing message is of God’s love 'until the end' - Lomb 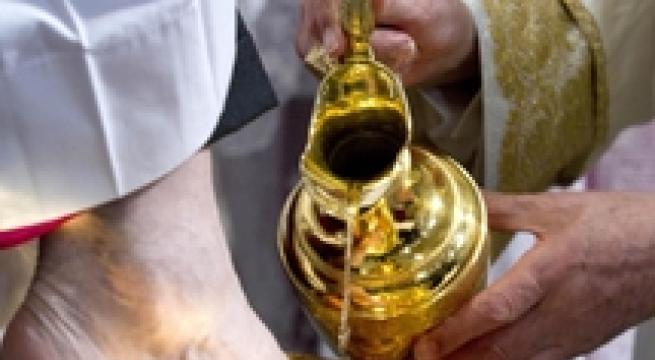 Vatican City, January 21 - Pope Francis has changed the rules for the Holy Thursday foot-washing rite so that it can also include women, sources said Thursday. Priests can now choose participants from among "all God's people", the sources said. For Roman Catholics, the ritual is associated with the Last Supper, before which Jesus washed the feet of his 12 apostles. The pope, who has performed the foot-washing rite on women in Buenos Aires and in Rome, wrote to Cardinal Robert Sarah, prefect of the Congregation for Divine Worship, in December to request the changes. Cardinal Sarah has now decreed the necessary amendments to the missal. In his letter to the prelate Francis expressed his "intention of improving the way the rite is performed so that it fully expresses the meaning of the gesture carried out by Jesus during the Last Supper, his giving of himself until the very end for the salvation of the world, his boundless charity". He also asked for participants in the ritual to receive an adequate explanation of its meaning. In his reforming decree, Cardinal Sarah states that priests can now choose "a small group of faithful representing the variety and unity of every part of God's people", without specifying that there must be 12 participants as before. "In this way the desire is to express the fundamental significance of the gesture as being God's love for everyone and 'until the end'," Vatican spokesman Father Federico Lombardi explained. "It has been decided that this must prevail over historical adherence to the memory of the 12 apostles." "The pope considers the rite to be very important, as shown by the attention he gives to it each year by celebrating the 'in Coena Domini' Mass in places of hardship and suffering," Father Lombardi concluded.