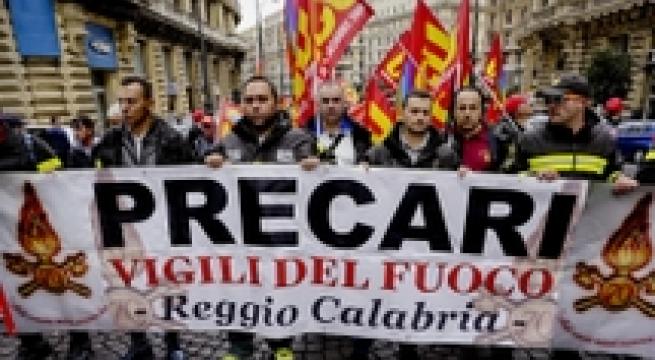 Brussels, January 21 - In Italy in 2014 13.2% of the population aged between 15 and 74 was said to be 'discouraged' and didn't look for work, according to the 2015 Employment and Social Developments in Europe (ESDE) review published by the European Commission on Thursday. In the same year the employment rate rose by 0.2% to 59.7% while the unemployment rate rose by 0.6% to 12.7% over the previous year, the review said. Long-term unemployment rose to 7.8% in 2014 from 4.1% in 2010. Italy, along with Estonia, Bulgaria, Spain, Croatia and Greece, also had "the worst results" within the EU for family policies geared towards enabling members to work. Entrepreneurship and self-employment are a key factor for creating work but "the lack of entrepreneurial training remains one of the significant constrictions" within the EU, where "on average less than 50% of people between 18 and 64 have the skills to start a business", the report said. Italy and Belgium came bottom in this respect, with little over 30% of people in employment age having the necessary skill set. The best results came from Poland and Slovakia, where around 54% of people in employment age had the know-how to start a business.