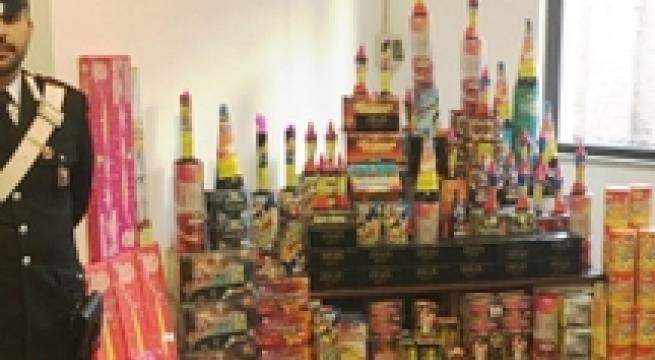 Rome, December 30 - Rome police headquarters on Wednesday issued a reminder about current regulations banning the use of fireworks without approval by public safety authorities, while several other cities in Italy put a fireworks ban in place this year due to the current smog emergency facing the country. Italian Premier Matteo Renzi on Tuesday held a press conference on the issue, and said although he wouldn't put a national fireworks ban in place, individual city governments are free to decide on a case-by-base basis. The bans haven't had an effect on the black market for fireworks, however, and police around Italy have seized unauthorised fireworks in several operations. In the Naples area, police seized 1.5 tonnes of illegal fireworks and arrested a 55-year-old man in Naples for possession and manufacture of illegal fireworks, while five others were arrested in nearby Torre di Greco. In Parma, finance police seized nearly 16 million fireworks destined for sale in Italy and Europe that didn't meet safety standards. Law enforcement in the Tuscan city of Siena seized 1,800 Chinese firecrackers from a local shopkeeper that were marked as delayed detonation but could have exploded immediately after being lit. That seizure led to further checks which culminated in a national recall resulting in 1.3 million items with a total market value of 80,000 euros being taken off store shelves. Meanwhile, Reggio Emilia regional councillor for safety Natalia Maramotti received an anonymous threatening letter for not putting a fireworks ban in place, while the city of Aosta placed a citywide ban on both fireworks as well as the sale and distribution of glass drink containers until 2 a.m. on January 1.