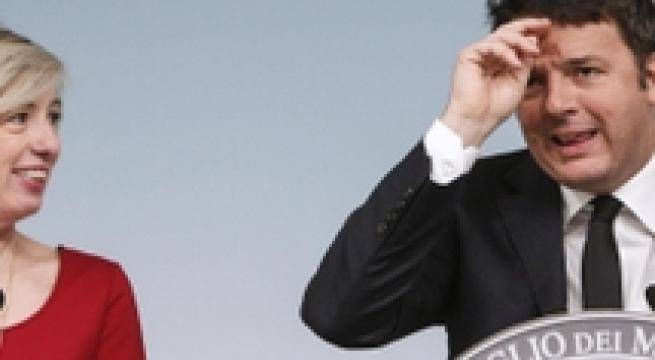 Rome, January 21 - Premier Matteo Renzi said Thursday the government was going to set up a competitive exam to recruit 63,712 new teachers. He said it was "a great investment on schools", adding that he hoped the new teachers could start work in September. Renzi said the new recruitment exam would entail "a choice linked to the quality of women and men of schools, they are the most precious asset because we give them our children." He stressed the importance of "the maximum, maximum demand for quality from all points of view". The government's school reforms, when they come into force, will end an unhealthy dependence on substitute teachers that Renzi dubbed 'substitute-itis'. "Substitute-itis will end when the reforms go into force," he said, saying "it will take two or three years". Renzi added: "a great investment must be made on head teachers so that they make full use of autonomy". The premier said reforms have already meant that teachers who have been in temporary jobs "for 20 years" have been hired full-time. The new teacher recruitment drive via competitive exam will involve "around 200,000 candidates," Education Minister Stefania Giannini said. She said the exam would involve computerized written exams but not quiz-type exams, and a quarter of the questions would be in a foreign language. "One out of three will get in, obviously, if they do well in the tests," she said, stressing that the exam would make sure quality was rewarded.