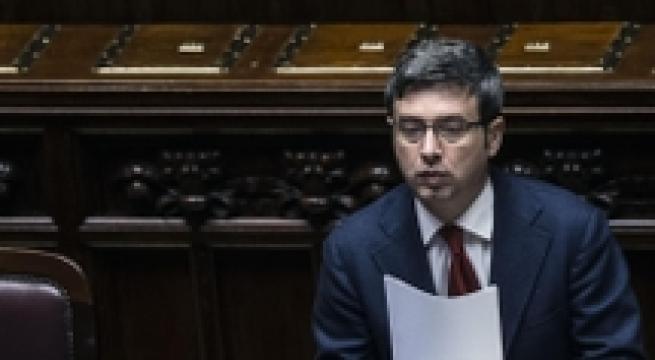 Rome, January 20 - Threats from terrorism will not lead to Italy abandoning the rule of law, Italian Justice Minister Andrea Orlando said Wednesday in his annual address to parliament. He said Italy should abolish the criminal offense of illegal immigration. "The principal threat that our country, like other EU countries, must deal with today is that of jihadist terrorism - a threat that puts public security and the penal system under pressure," Orlando said. Terrorism is "a challenge that puts the state of law to the test but from which the state of law and therefore jurisdiction must emerge stronger". Although new categories of criminal offense have been introduced to help fight terrorism, the government believes "that this battle can only be won by reinforcing cooperation between states and with the European Union, because one must respond to a global threat with tools built at least on a continental dimension". Nevertheless Orlando said it is "disappointing" that Brussels hasn't made significant steps toward setting up an effective European Prosecutor's office that would be independent with real investigative powers. "Unfortunately, at least so far, resistance, diffidence, inertia and jealousy have prevailed. There is no independence of the Prosecution with regard to member states, very limited powers of investigation on a restricted number of crimes..." That was why the minister on behalf of Italy "said no to an organ that would only have hindered national judicial authorities' work. There is a point beyond which the low intensity of solutions is only a hypocritical cover for national selfishness," he said. On migration Orlando said Italy should abolish the criminal offense of illegal immigration. "I am convinced that the crime of illegal immigration has to be abolished as confirmed by the opinions such as those of the national anti-mafia and anti-terrorist prosecutors and of the head of the national council of magistrates (CSM)". It has been decided not to delay on that but "to propose a complex measure that would concern those repatriated on the one hand and the time frame for recognition of refugee status on the other," he added. "Reform is often hindered by unfounded concerns, or justified ones that are manipulated, or by distorted perceptions," he said, and "the offense of illegal immigration is one of these cases". Orlando said that under the current government controversy over Italy's judicial system has become part of a "wider debate over the destiny of our democracy" rather than the source of political clashes that was for a long time in the past.