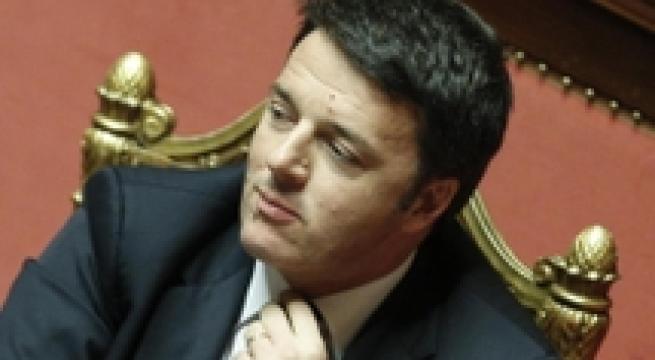 Rome, January 20 - Premier Matteo Renzi on Wednesday confirmed that he will retire from political life if he loses an autumn referendum on Constitutional reform. "I repeat here: if I were to lose the referendum I would consider my career over because I deeply believe in the value of the dignity of politics", he said in the Senate ahead of a vote on the third reading of the reform bill to overhaul Italy's political machinery. Renzi told Senators their "gesture" in voting to supersede the Senate "has no equal not only in Italian history but in the history of the EU". The Constitutional reform bill will, among other things, turn the Senate into a leaner body made up of local-government representatives. Renzi said that, with its reform scrapping the Senate as equal to the House, the government isn't "touching the system of checks and balances envisaged by the Constitution, we aren't changing the role of the Italian president as defined by the founding fathers. "This reform makes the parliamentary system less constrained," he added. "In these years, dear Senators who have voted for this reform, they have shouted at you: you're passing reforms behind closed doors but the people is not with you. "Well, we're going to see what side the people is on this reform" in the referendum. "We'll see if the citizens think like those who are betting on failure or on those who are betting on the future of Italy". Renzi praised former president Giorgio Napolitano, saying the reformist drive his government has embarked on would not be possible without him. Renzi referred to Napolitano's speech in 2013 after Napolitano reluctantly agreed to be re-elected for an unprecedented second term and blasted Italy's political class for not addressing the country's problems. "If it had not been for that speech in April 2013, this reform would not exist and this parliamentary term would not be running," Renzi said Renzi told the Senate Wednesday that since he formed his government in February 2014 politics has regained its primacy over economic and financial phenomena. "Italy is not doing very well, but better because in two years politics has shown that by believing, things can be done," Renzi said. He said "after years of inebriation of technical acronyms, of politics being subaltern to economic and financial phenomena, years of political apathy, politics has regained its proper place".