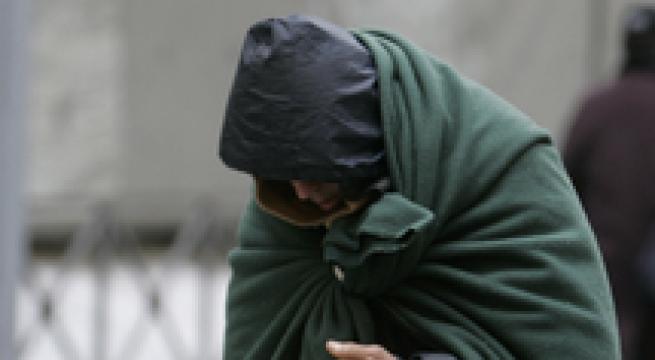 Rome, January 20 - More than 50,700 homeless people are struggling to keep warm in freezing temperatures gripping Italy, farmers' union Coldiretti said Wednesday. The figures were released after reports of a woman street person giving birth near St. Peter's Square and the deaths of homeless in Naples and Rome's suburbs. Big cities have the greatest concentration of the homeless with 23.7% of them in Milan and 15.2% in Rome while Palermo has 5.7%, Florence 3.9%, Turin 3.4% and Naples 3.1%. Shelters and other services for street people are strained to the limits but the dramatic plight of the homeless is only the tip of an iceberg of the effects of the plunging temperatures on as many as 6 million people living in poverty in Italy with almost one Italian in five (18%) unable to heat their home adequately and as many as 34.8% in the deep south of the Mezzogiorno, according to Coldiretti. In addition as many as 12.6% of people are unable to afford a protein filled meal as regularly as every two days, the union said.