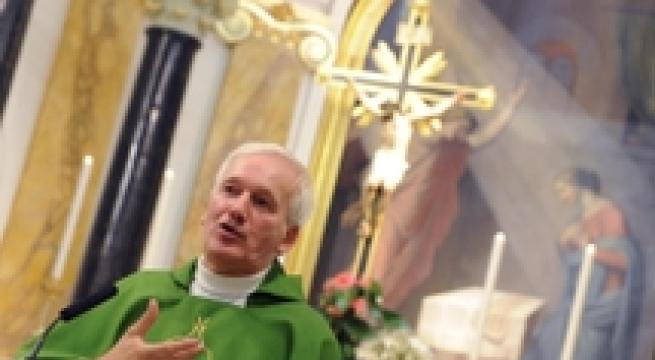 Rome, January 20 - Sites of religious and spiritual retreat in Italy are experiencing an increase in visitors during the Jubilee Year, said Monsignor Mario Lusek, Director of the National Office for Pastoral Leisure, Tourism and Sport of the Italian Episcopal Conference (CEI) on Wednesday. Lusek was on hand for the presentation of two new guides for those seeking solace at a spiritual or religious place: "Eremi d'Italia" (Retreats of Italy) and "Strade dei Miracoli" (Streets of Miracles), published by All Around. The rediscovery of places like convents, hermitages and monasteries - estimated to number at around 3,500 throughout Italy - is part of an emerging trend that defies the tendency towards secularism and the disappearance of Christian traditions in Italy. Lusek said visitors are both religious and secular. "People we'd define as 'common', without a specific religious identity but certainly attracted by these places and by their spiritual experiences," Lusek said. Despite the encouraging presence of more visitors, Lusek also said CEI is concerned about the risk of commercialising places of spirituality. "Although we mustn't demonise the market, the market is idolatry and it is rediscovering these places to make business," Lusek said. Gionata Di Cicco, the guides' author, said the books trace "what's left of a very great cultural heritage". "They give food for thought, showing places that have a surprising natural beauty. The retreats - hidden between mountains and rocky ledges - and the monasteries are very beautiful places, the memory of which is lost over time".