St. Pio reliquary to arrive in Rome for Jubilee Year 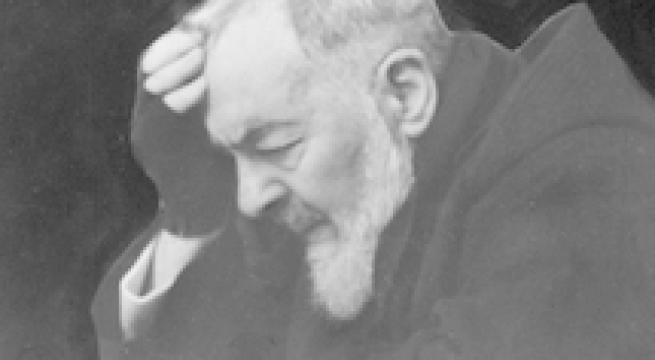 Rome, January 20 - The reliquaries containing the remains of St. Pio - better known as Padre Pio - and St. Leopold, the two confessors whom Pope Francis wanted in the Vatican to represent the theme of mercy during the Jubilee Year, will arrive in Rome on February 3, Father Pietro Bongiovanni of Rome's San Salvatore in Lauro church told ANSA. Bongiovanni said St. Pio confessed more than two million people, while St. Leopold spent a large part of his life in the confessional as well. San Salvatore in Lauro church is the Roman "home" of the reliquary of St. Pio, also known as Padre Pio of Pietrelcina, and Father Bongiovanni said there has already been great interest for the reliquary's arrival. "For the February 6 papal audience dedicated to Padre Pio prayer groups, 60,000 pilgrims have already signed up," Bongiovanni said, adding that he expects the number to grow. While Padre Pio traveled little during his life, the saint's reliquary will embark upon a true pilgrimage for this Jubilee Year event. In Rome the reliquary will first arrive at the Capuchin church San Lorenzo al Verano, known as St. Lawrence Outside the Walls, moving then to San Salvatore in Lauro, and finally on to St. Peter's Basilica in the Vatican. A series of masses will accompany the saint's reliquary at San Salvatore in Lauro, commencing on February 4 at 10 p.m., then another at midnight, 3 a.m., and 6 a.m., with four more masses to follow, one every two hours: 8 a.m., 10 a.m., 12 p.m. and 2 p.m. "For 15 years I've followed the Padre Pio prayer groups - 450 in Rome and Lazio - and I'm more and more amazed at the response that surpasses even the rosiest expectations," Bongiovanni said. He said Padre Pio still represents a credible model to the faithful, especially for the young, who "never do anything just to do it". Bongiovanni recalled the time in 2000 when he, along with representatives from the House of Relief of Suffering (the hospital structure created by Padre Pio in San Giovanni Rotondo), brought the Padre Pio reliquary to Buenos Aires, where Pope Francis was then a cardinal. "It was during the years of the great economic crisis in Argentina, you could see people rooting around in the rubbish, and Cardinal Bergoglio wanted the reliquary as a sign of hope for the people," Bongiovanni said. He said then-cardinal Bergoglio requested the reliquary be taken above all to the favelas, among the poor. Following a standing-room-only mass at the Buenos Aires Cathedral, Bongiovanni said Bergoglio invited the delegation to his home for tea. "We saw the man who we see today, the one who became pope". On February 11 the reliquary will leave Rome to be transported back to San Giovanni Rotondo, but will first stop in Pietrelcina, St. Pio's birthplace. "It's where he was born, where he lived, where he first received the stigmata," Bongiovanni said. "They are awaiting him with great enthusiasm".