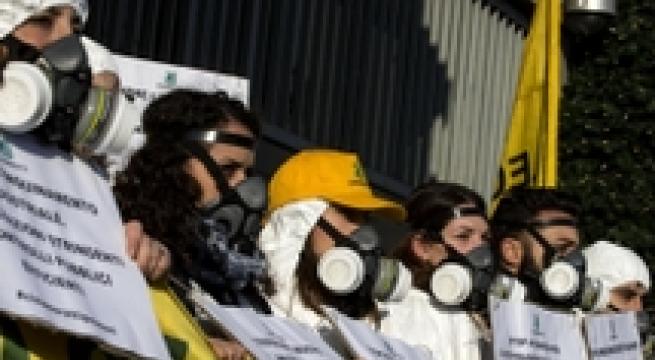 Rome, December 30 - The Legambiente environmental group on Wednesday demonstrated outside the environment ministry, pushing 10 proposals to help solve Italy's smog emergency. The demo came in the form of a so-called 'flash mob', staged as Environment Minister Gian Luca Galletti was meeting the governors of Italy's 20 regions and the mayors of its largest cities to find new ways to bring down smog levels. The ten proposals for better air quality and quality of life are: 1) 10,000 new commuter trains 2) 100 new cycle paths in cities 3) turning private cars into the last option for moving around cities 4) reducing road speed to 30 km/h 5) stopping subsidies for cars to improve local public transport 6) the extension of Milan's C area, which charges more for cars, to all major cities 7) restricting the urban use of the most polluting vehicles 8) a ban on the use of fossil fuels, including methane, to heat buildings 9) reducing industrial pollution 10) new controls on actual emissions of vehicles.