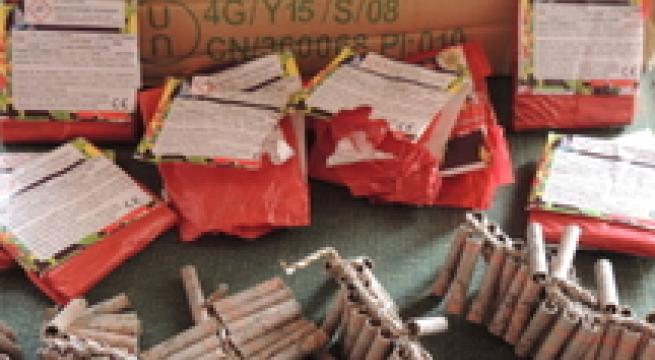 Siena, December 30 - Finance police on Wednesday seized over 1.3 million fireworks that didn't meet safety requirements. In the lead-up to New Year's, law enforcement in the Tuscan city of Siena seized 1,800 Chinese firecrackers from a local shopkeeper that were marked as delayed detonation but could have exploded immediately after being lit. That led to further checks which culminated in a national recall resulting in 1.3 million items with a total market value of 80,000 euros being taken off store shelves. Police issued the Siena shopkeeper and the importer with citations for importing and possessing unauthorized pyrotechnic products with intent to sell.