Mozaffari hopeful of 'good news about the return of ENI' 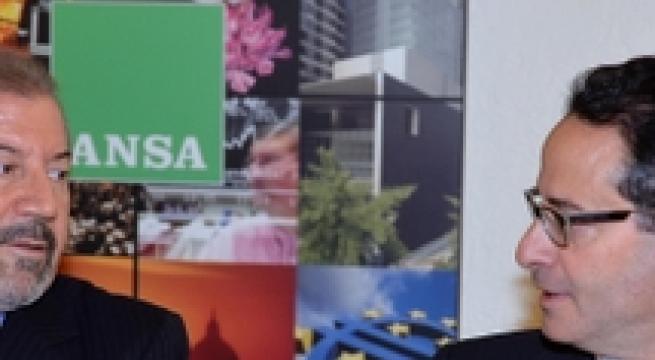 (By Paul Virgo). Rome, January 19 - Iran sees Italy as the window for its relations with Europe, which is why the first stage of President Hassan Rouhani's upcoming visit to the continent will be in Rome, Iranian ambassador Jahanbakhsh Mozaffari told ANSA Tuesday. "It's no coincidence that Italy is the first stage of our president's trip," Mozaffari told an ANSA forum on Tuesday. "It shows the importance of Italy for Iran in relations with Europe. We are confident future relations between our countries will be increasingly radiant. "Relations between Italy and Iran are long-standing and deep. Italy was our top trade partner before the sanctions were imposed. "The history of relations between the two States is older than the existence of some modern States. "So Italy is in a privileged position for our policy towards Europe. "The fact that the first step of President Rouhani's visit to Europe is in Italy means that we look at relations with Europe through the window of Italy. "This is not a new thing. Italy is one of the few countries who never broke off relations with Iran, even in the difficult moments". Mozaffari added that Rouhani, who will be in Rome on January 25 and 26, will be flanked by six ministers and a delegation of business leaders. "This shows our desire to have comprehensive dialogue because we want to advance our relations with Italy in every sphere," he said. "Therefore, important cooperation documents will be signed and we look to the visit with confidence". Mozaffari welcomed the end of sanctions after the Vienna deal on Iran's nuclear programme despite opposition from some quarters in the United States and in the Middle East. "We have seen in recent months that some radical environments within the US and in Israel (are against the deal) and some of our neighbour countries are trying to destabilise the area, without success," the Iranian ambassador to Rome said. "They are not giving up. These efforts continue in the USA and in the region. "We are following what happens around us, but we will continue on the road we have taken, because we are convinced we won't go back to where we were before as the world has understood that sanctions and embargoes are not a solution". The ambassador said he was hopeful Italian energy giant will soon be back in Iran following the end of the sanctions. "ENI has a privileged position in Iran for us because ENI was the last major European company to leave after the imposition of sanctions," he said. "ENI did not leave Iran until it had completed its commitments and our relations with ENI were not interrupted. "I'm convinced we'll have good news about ENI's return to Iran". Mozaffari said that Iran was the first to perceive the threat posed by ISIS and to start to fight it, adding that Tehran is looking to cooperate with those combatting the extremist Islamist group. "We were the first country in the region to start to fight ISIS, right from the beginning, as soon as the group emerged and showed itself to be extremely aggressive," he said. "I think we need a worldwide alliance against terrorism. We know that terrorism is a global threat and it requires a global response. "So we ask all friendly countries to form a common front against terror". Rouhani will visit Pope Francis during the trip. "I want to stress the importance to us of the Vatican and the pope," Mozaffari said at the forum. "Iran and the Vatican have excellent relations and many exchanges of delegations".