'We want to unite the center right' across Europe 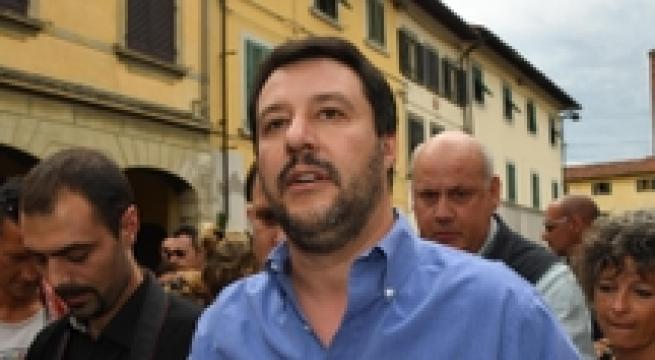 Cascina (Pisa), June 20 - Northern League leader Matteo Salvini said Monday that he was proud of being associated with Marine Le Pen's National Front and other allied parties across Europe. "Marine Le Pen's party is the top one in France and the same goes for the Dutch in the Netherlands and the Austrians in Austria. We do not want to do things alone; we want to unite the center-right and challenge (Premier Matteo) Renzi," Salvini said during a press conference to comment on the results of the runoff vote. The League's results were mixed, losing one-time strongholds like Varese and many other Lombard towns to the Democratic Pary (PD) but beating the PD in unlikely places like Grosseto. Overall, the vote confirmed that when the League ran alone it did worse than when it was together with sometime ally Forza Italia of ex-premier Silvio Berlusconi. Salvini has been vying for leadership of the centre right with Berlusconi - now recovering from heart surgery - for some time.