Pope praying for weather victims in US, UK, Paraguay (2)

Thousands displaced due to extreme weather 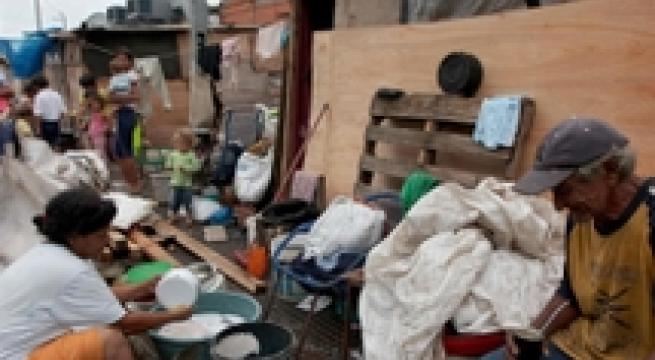 Vatican City, December 30 - The pope on Wednesday urged the faithful to do what they can to help the victims of massive storms and flooding in North and South America as well as Britain. At a general audience, the pontiff said he is praying "for the victims of the (weather) calamities that have stricken the United States, Great Britain, and South America - especially Paraguay - sadly causing victims, many displaced, and significant damages". "May brotherly solidarity come to their aid in their time of need," Francis said. Over 100,000 people have fled their homes due to flooding in Argentina, Brazil, Paraguay and Uruguay over the past week, while a massive storm system featuring blizzards and tornadoes has killed dozens in the central and southern United States and thousands of homes in the north of England have been affected by severe flooding.