EU to change rules on migration in 2016 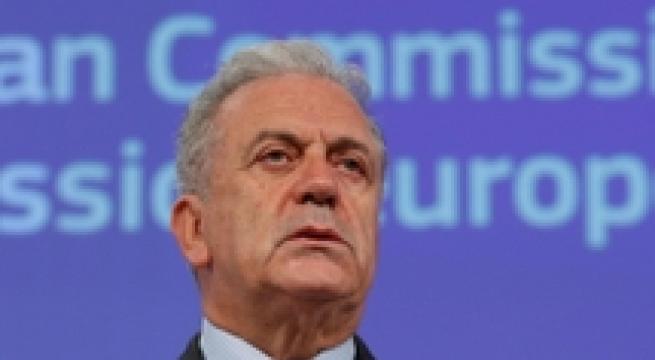 Rome, January 14 - European Migration and Home Affairs Commissioner Dimitris Avramapoulos on Thursday announced that the EU will change its rules on migration in 2016. "In 2016 we'll present a new global package of measures on the migration and integration front: I'm thinking of a radical revision of European asylum and 'Dublin'," he said, referring to the rule that requires migrants to register and seek residency in the first EU country they enter. "We've done great work but I'm not satisfied with the implementation of the EU Plan. The results aren't what were expected. There needs to be a bigger effort on the part of member states," he said. Avramopoulos said the migrant crisis is "putting the heart of Europe in danger" and that Italy must increase the number of repatriations of migrants who don't have the requisites necessary to stay in Europe. "If Schengen falls, we'll all pay an enormous economic and political price," he said, referring to the visa waiver program that abolished passport checks at internal EU borders. Meanwhile in Italy, Justice Minister Andrea Orlando said the postponement of a decree to abolish illegal immigration as a crime is not "sine die", or without a final date. Orlando said the postponement is linked to "a systematic rethinking" on immigration, in order to transform the intervention into a "wider package". Vatican Secretary of State Cardinal Pietro Parolin told Spanish weekly Vida Nueva that the EU must find "quick and shared" solutions to the migrant emergency. "Europe has the necessary judicial, technical, and above all cultural tools to face the migrant question in a way that's respectful of the dignity and rights both of its citizens and those of migrants," Parolin said.