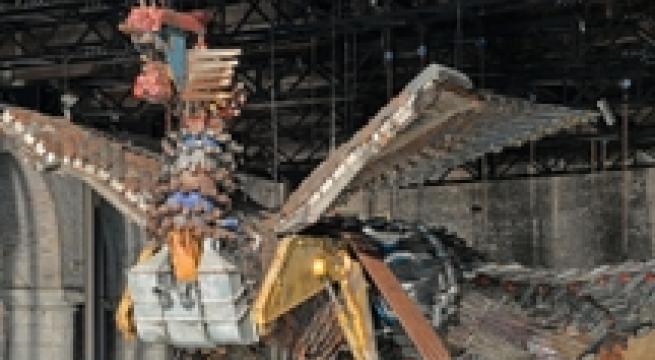 Rome, December 29 - The 56th International Art Exhibition of the Venice Biennale tops the list for the most-visited art shows of 2015, with just over half a million visitors, followed by the Van Gogh exhibition in Milan during Expo. With 501,502 visitors, the Biennale Art Exhibition titled "All the World's Futures" surpassed "Van Gogh, Man and the Earth", which saw 355,292 visitors during Expo 2015 in Milan, tied with the Marc Chagall retrospective 1908-1985 at the Royal Palace of Milan. Escher was the most-beloved artist of the year, with various shows among the top 10, following close behind with 340,432 visitors. This year saw the return of high numbers of visitors for a variety of shows, with the extraordinary attendance at the Biennale, where visitor numbers topped 300,000 for three shows, also due to the role that Expo played in bringing more visitors to shows overall. The record success of the Venice Biennale, which this year was a destination for many young people and foreigners, isn't an isolated event but rather evidenced as well by the initiatives of the Royal Palace which also drew many visitors. In fourth place in the year's top shows was the exhibit "Tutankhamun Caravaggio Van Gogh, the evenings and nights of the Egyptians in the 20th Century", which brought together some of the greatest masterpieces of all time at Vicenza's Basilica Palladiana thanks to special loans, while in fifth place is the Escher exhibition at Rome's Chiostro Bramante which saw 251,714 visitors. Another exhibition at Milan's Royal Palace, "Leonardo 1452-1519 - The design of the world", took sixth place, attracting 235,000 visitors in just three months who came to view the absolute masterpieces from prestigious international collections including the Louvre and Washington DC's National Gallery of Art. Rome appears again in the top 10 at seventh place with the show dedicated to Henri Matisse titled "Arabesque" at the Scuderie del Quirinale, seen by 232,000 visitors. In eighth place with 190,000 visitors is a Florence exhibit, "Picasso and Spanish Modernity" at Palazzo Strozzi, which hosted masterpieces from the Museo Nacional Centro de Arte Reina Sofia, specifically chosen to show the influence that the Catalan genius had on other Spanish artists such as Joan Mirò, Salvador Dalì, Juan Gris. Another Escher exhibition, at Bologna's Palazzo Albergati, took ninth place with 173,223 visitors. Closing out the top 10 is the exhibition dedicated to Antony Gormley, one of the most admired sculptors living today, titled "Human", in the spaces of Florence's Forte di Belvedere with 170,000 visitors. photo: Xu Bing's "Phoenix" at the 2015 Biennale