Group will study in Perugia for 9 months thanks to grant 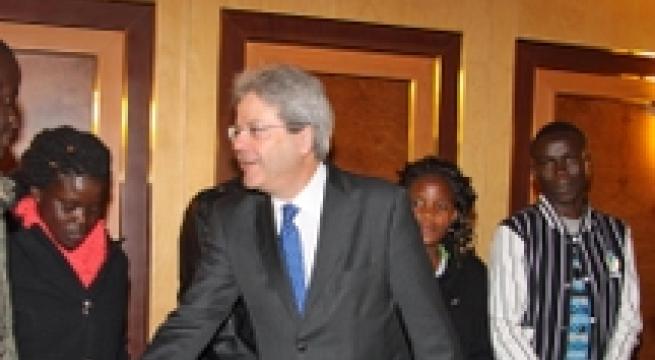 Rome, January 13 - Foreign Minister Paolo Gentiloni on Wednesday welcomed at Rome's Fiumicino a group of 11 Kenyan students who survived last April's massacre at Garissa University. The students will spend nine months at Perugia's University for Foreigners thanks to an Italian foreign ministry grant. "The cultural response is fundamental when faced with terrorism," Gentiloni said as he welcomes the students, six young women and five men. "We wanted to give this signal immediately after the Garissa attack in which terrorism killed 147 people to show how cooperation with students from that university could be a response to terrorism". The attackers were from the Al-Shabaab Somali Islamist militant group. Kenya's Ambassador to Italy, Josephine Wangari Gaita, was also present when the group arrived. "I thank Italy for giving these young people the chance to continue their studies in a peaceful environment," Wangari Gaita said. "I'm certain they will make us proud. God bless them and bless Italy and Kenya".