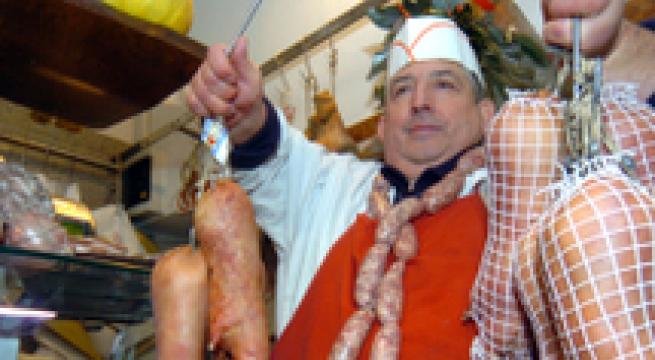 Rome, December 29 - Eating meat at New Year's Eve dinners is back in fashion this year with Italians expected to scoff as much as 20 million kg of meat including traditional cotechini sausages, Zampone pig's trotters and other sausages washed down with a record number of bottles of bubbly, according to estimates by the CIA farmers' union. "The number of 'vegetarians' and 'vegans' is sharply increasing (more than 4 million) but many of them 'disobey' their food philosophy during festive banquets," the CIA said, "many do so consciously, others accidentally through meat in the sauce with lentils". About one vegetarian in 10 breaks their vows at New Year's Eve and New Year's Day lunch and eats meat, the CIA says. Pork is favoured at New Year with beef used mainly to make broth for the New Year's Day slap-up lunch. Italians will spend as much as 160 million euros to buy meat for the New Year festivities and as much as 70% of food shopping budgets will be earmarked for meat, spumante, prosecchi sparkling wines, other wine and champagne. The farmers' union concludes that the warning issued recently by the World Health Organisation WHO about eating red meat soon has been forgotten with de facto 'carnivores' choosing to respect culinary tradition.