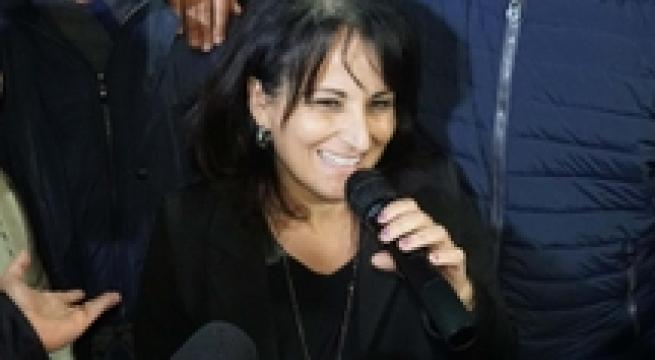 Naples, January 12 - The anti-establishment 5-Star Movement (M5S) mayor of Quarto near Naples, Rosa Capuozzo, said Tuesday she was not quitting even after her party expelled her over alleged blackmail by a former M5S member linked to the local Camorra mafia. The statement came shortly before Capuozzo was heard by Naples prosecutors as a witness in the Mafia infiltration case. Capuozzo is resisting calls from all sides - including invitations from M5S leaders Beppe Grillo and Gianroberto Casaleggio - to step down. The M5S recently ejected former Quarto city councillor Giovanni De Robbio after he was placed under investigation on suspicion of taking Camorra votes in exchange for a public works project. The top ranks of the M5S knew Capuozzo was being blackmailed by an M5S member but they kept it quiet, Democratic Party (PD) Senator Franco Mirabelli said Tuesday. "Grillo and Casaleggio expelled Capuozzo...and we will ask she be heard by the parliamentary anti-Mafia commission," said Mirabelli, who is the PD caucus leader on that commission. "We need to know the truth because you can't get away with it just by expelling people," he said. "National M5S executives are clearly involved... Both (Luigi) Di Maio and (Roberto) Fico knew about this issue since November, as is made clear in the wiretaps," he said. "But none of them reported it to police". M5S bigwigs earlier on Tuesday denied knowing about the goings-on in Quarto. Fico, chair of the parliamentary oversight commission on RAI State TV, said neither he nor Lower House Deputy Speaker Luigi Di Maio "ever knew about any blackmail, threat or trade-off via threats to obtain something". On Monday, police released a wiretapped December 16 conversation between Capuozzo and M5S caucus leader Alessandro Nicolais, in which the embattled mayor said she will quit before "ending up in prison for someone else". "I can't take it anymore," Capuozzo is heard telling Nicolais in tears. "I can take anything, but I won't end up in prison for someone else...I've been threatened over everything and anything". Nicolais reportedly replied: "Fico answered me 10 minutes ago, he wrote me: keep going and don't worry. I'll come as soon as I can". Police searched the town council offices as well Capuozzo and Nicolais' homes following the wiretaps, which investigators say contradict the mayor's previous statements that she hadn't been subject to blackmail. The anti-euro M5S prides itself on being an outsider to what it says is the corrupt, conniving political system in Italy, where it is currently the second-largest party after Premier Matteo Renzi's Democratic Party (PD).