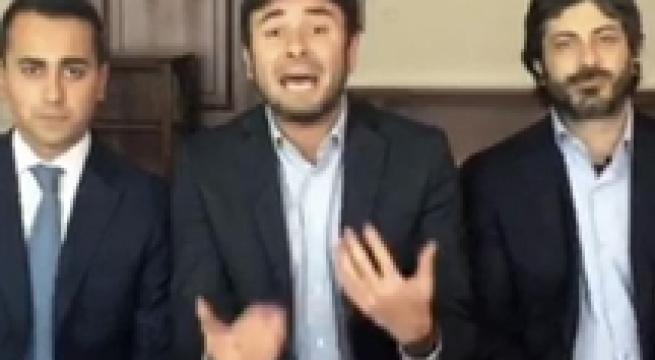 (see related)Rome, January 12 - The top ranks of the anti-establishment 5-Star Movement (M5S) knew Quarto Mayor Rosa Capuozzo was being blackmailed by an M5S member there linked to the Camorra mafia but they kept it quiet, Democratic Party (PD) Senator Franco Mirabelli said Tuesday. "(M5S chiefs Beppe) Grillo and (Gianroberto) Casaleggio expelled Capuozzo...and we will ask she be heard by the parliamentary anti-Mafia commission," said Mirabelli, who is the PD caucus leader on that commission. "We need to know the truth because you can't get away with it just by expelling people," he told Sky TG24 news channel. "National M5S executives are clearly involved," he said. "Both (Luigi) Di Maio and (Roberto) Fico knew about this issue since November, as is made clear in the wiretaps," he said. "But none of them reported it to police". M5S bigwigs earlier on Tuesday denied knowing about the goings-on in Quarto. Fico, chair of the parliamentary oversight commission on RAI State TV, said neither he nor Lower House Deputy Speaker Luigi Di Maio "ever knew about any blackmail, threat or trade-off via threats to obtain something".