'It was brutal' says Azzurro 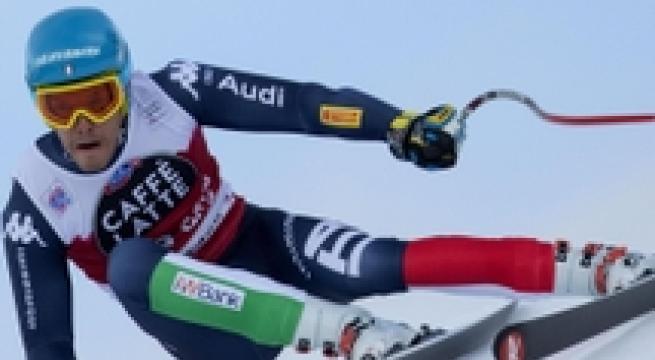 Bormio, December 29 - Italy's Christof Innerhofer came fourth in a World Cup downhill at Santa Caterna Valfurva Tuesday despite dragging a gate down for most of the course. While the flag wrapped itself around his neck, he took a heavy blow to the head, causing his nose to bleed and knocking his glasses down around his mouth. Meanwhile the uprooted gate pole banged up and down dangerously on his back, for over a minute. Innerhofer still managed to finish in 1 minute 48.51 seconds, just seven hundredths of a second behind third-placed David Poisson of France. Frenchman Adrein Theaux won in one minute 47.29 seconds ahead of Austria's Hannes Reichelt in 1 min 48.33 secs. "It was something brutal," said the Azzurro speed merchant after crossing the line still wrapped in the gate in an incident that is bound to be replayed repeatedly to illustrate the sport's dangers. "I got a nice knock to the head and I couldn't see anything any more. "Just as well I didn't get hurt more seriously, it could really have ended up badly for me".