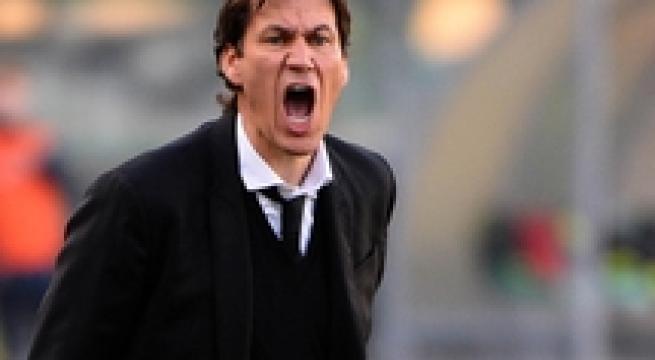 Rome, January 11 - AS Roma boss Rudi Garcia is reportedly in danger of losing his job after Saturday's 1-1 draw with struggling AC Milan saw them lose more ground in the title race. Roma's American Chairman James Pallotta is said to be considering relieving the Frenchman of his duties after another poor showing left them trailing leaders Napoli by seven points in fifth place at the season's half-way stage. The side managed to creep into the last 16 of the Champions League under Garcia despite a 6-1 thrashing by Barcelona in the group stage, but they are out of the Italian Cup after being ousted by second-tier Spezia. Some media outlets have reported that Garcia is on his way out and the sacking will be announced when a replacement has been lined up, with former Roma boss Luciano Spalletti seen as favourite. Garcia, who led Lille to the French title in 2011, got off to a great start on the Roma bench in the 2013-14 season, when they pushed Juventus hard for the Serie A title. But they lost their way in the second half of last season and also suffered the humiliation of losing 7-1 to Bayern Munich in the Champions League.