(By Kate Carlisle) (ANSA) - Rome, April 29 - Cecile Kyenge, a doctor who was born in the Democratic Republic of Congo, has become Italy's first black minister after being named in Premier Enrico Letta's new cabinet on Saturday. Kyenge, a 48-year-old MP for Letta's centre-left Democratic Party (PD), was sworn in as integration minister on... 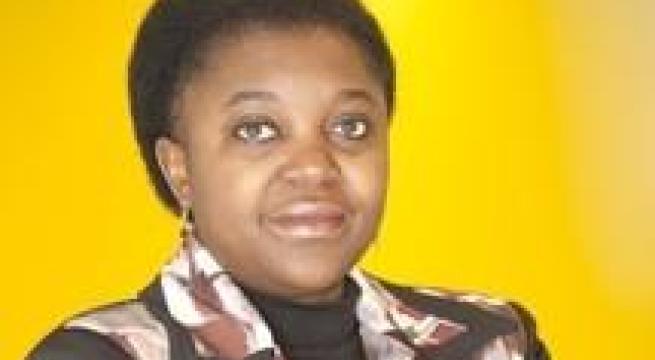 (By Kate Carlisle) (ANSA) - Rome, April 29 - Cecile Kyenge, a doctor who was born in the Democratic Republic of Congo, has become Italy's first black minister after being named in Premier Enrico Letta's new cabinet on Saturday. Kyenge, a 48-year-old MP for Letta's centre-left Democratic Party (PD), was sworn in as integration minister on Sunday. The newly tapped minister and ophthalmologist was born in Kambove in the Congo's Haut-Katanga district and moved to Italy in 1983. After graduating from Rome's Sacred Heart Medical University, she specialized in ophthalmology at the University of Modena and now lives in the northern town of Castelfranco dell'Emilia. Kyenge was elected to the Modena city council in 2004 for the Democratic Left (DS), the PD's predecessor, party and later became the provincial councillor for the International Cooperation Forum for Immigration. In 2010, Kyenge accepted the post as the national spokesperson for the association Primo Marzo promoting immigrant and human rights and has long worked with the national authority responsible for drug regulation in Italy, AIFA, to promote pharmaceutical regulation in the Republic of Congo. She became the only black member of parliament for the PD when elected last February. Italy's national soccer team coach Cesare Prandelli applauded Kyenge's appointment, saying that Letta's choice represented "the future" of the country.
"In my opinion, this is an opportunity to understand a different way of seeing things.
It will help open minds and encourage people to listen," Prandelli said. Prandelli has been vocal in the fight against racism in the world of soccer and has stepped up to defend players like Italian-Ghanaian striker Mario Balotelli who has been subjected to racist abuse on and off the field. Kyenge, along with Moroccan-born PD MP Khalid Chaouki, PD MP Roberto Speranza and ex-PD leader Pier Luigi Bersani, have proposed a change to the country's current citizenship law which dictates that only the children of Italian citizens can automatically become citizens themselves, while those born on Italian soil to non-Italian parents become eligible on their 18th birthday. A famous example is Balotelli, one of Italy's biggest soccer stars and a forward on the national team, who was born in Italy to parents from Ghana. "The appointment of Cecile Kyenge is a huge step forward towards a more civil Italian society, more responsible and aware of the need for better and definitive integration," Balotelli said on Saturday after Kyenge's swearing in.
The new law was part of Bersani's eight-point program proposed as the basis for a PD-led government that he tried, but failed, to form. It calls for Italian citizenship to children born in Italy of foreign parents. Kyenge has herself been a victim of racist abuse by anti-immigrant Northern League members who posted insults on Facebook and also in daily life, including an incident when she was shooed out of a shop being called 'blackie'. "We must treasure the desire for new Italians and the nomination of Kyenge is a concept that turns barriers into hope. A community based on integration is built in the halls of schools and universities," Premier Letta said at her swearing-in on Saturday.