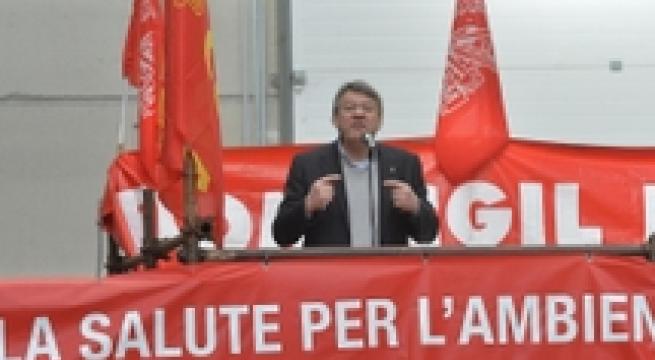 Genoa, January 11 - Protesting workers from a Genoa plant in the troubled ILVA steel group on Monday occupied the courtyard of the town council in the northwestern Italian city. "From this moment we consider the Genoa city council occupied by the ILVA workers," they said. ILVA has been placed under special administration as the beleaguered firm goes through a massive environmental clean-up and financial turnaround project, most of it focused on the biggest plant, at Taranto in Puglia. Income support for workers of ILVA's Cornigliano plant near Genoa have been increased by 10%, from 60% to 70%, under an amendment to a government decree. Workers unions there have threatened strikes after failing to reach an agreement with company representatives over pay. The text of the decree is heading to the floor of the Lower House Monday.