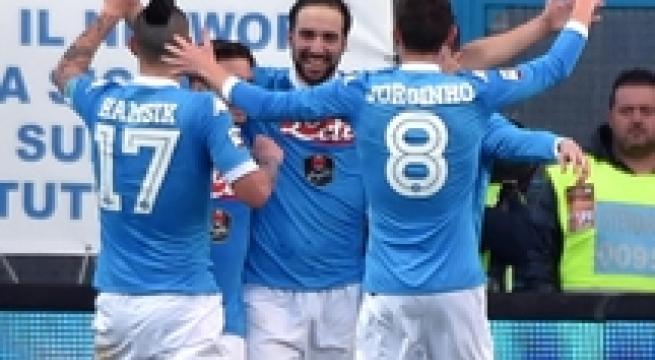 Rome, January 11 - Napoli won 5-1 at Frosinone to become Serie A's 'winter champions' - top of the league at the halfway mark - for the first time since the glory years of Diego Maradona. Juventus collected their ninth straight win in their quest for their fifth straight title to join Inter Milan in second place, two points behind Napoli. Inter missed their chance to top the table by losing 1-0 at home to Sassuolo. Fiorentina are fourth, a point behind Juve and Inter, after a 3-1 home KO to Lazio.