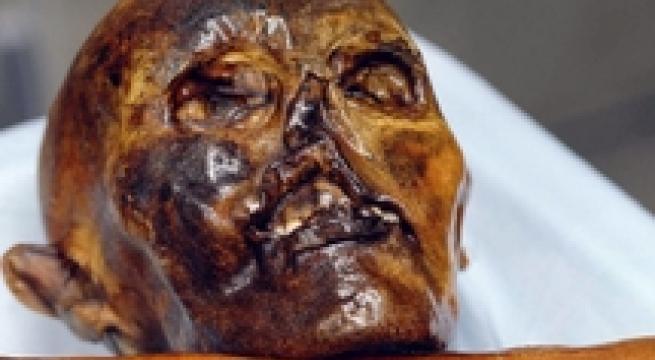 Rome, January 8 - Scientists have found a clue to ancient migration patterns in Europe by analysing traces of bacterium in the stomach of the 5,300-year-old mummy dubbed "Oetzi the Iceman", discovered in 1991 in a thawing glacier on the slopes of the Similaun mountain in the Oetztal Alps. Findings from their research, led by the European Academy of Bolzano (EURAC) where Oetzi resides, were reported on Thursday in the journal Science. The bacterium found in Oetzi's stomach is Heliobacter pylori, known for causing gastritis and ulcers. Its discovery led researchers to contradict the belief that when Neolithic people abandoned nomadic life for agriculture, they already had the European strain of the bacterium of North African origin, which is still circulating today. The bacterium found in Oetzi's stomach dates back to the Copper Age, and in fact has been with man since very ancient times - so much so that reconstructing its history also means following the movements of human populations. DNA mapping showed that the bacterium belonged to a strain from India, which is even older than the North African strains. The hypothesis is that in the past, two strains of H. pylori existed - one Asian and one North African - and that these two strains combined into the one that is now most common in European populations. That would indicate that the migrations that brought Europeans to inherit the H. pylori strain from North Africa happened after the Copper Age. The research, coordinated by Frank Maixner, was based on miniscule tissue samples taken from the mummy's stomach, and revealed that the bacterium was potentially virulent and must have been bothersome for the ice man. "It's not possible to establish with certainty if Oetzi had stomach problems," said Albert Zink, co-author of the research. "However, there were the preconditions for an illness, gastritis or perhaps an ulcer," he said. Oetzi, the world's oldest wet mummy, is one of the world's most famous palaeontological finds, and new discoveries are being made about him all the time. In 2012 traces of blood were found on him, the oldest blood sample ever found. A year previously the first complete DNA map of the ancient man found that he was lactose intolerant, or unable to digest a sugar in milk. The study also showed Oetzi had a predisposition towards heart disease, a finding corroborated by the thickened arteries in the body. The mapping said the Iceman probably suffered from Lyme Disease, a tick-borne infection whose symptoms may include fever, headache, fatigue, depression, and a characteristic circular skin rash. According to an international team, the rugged mountain man also shared a common ancestor with the inhabitants of today's Sardinia and Corsica and his blood group was O. The body, which dates back to 3000 BC, has spawned a global cottage industry of studies. As well as discoveries about what he ate and what illnesses he suffered from, there has been a keen debate on how he died from the arrow wound found in his body - initially, it was thought, in a fight with rival hunters. One theory says he was assassinated in a tribal power struggle. Another suggested he was the victim of ritual sacrifice. Another study - fiercely contested by patriotic residents of the formerly Austrian region who see Oetzi as their proud forefather - reckons he was cast out from his community because a low sperm count rendered him childless. An eerie aura has also grown around the Iceman because of the allegedly mysterious deaths of seven people who came into contact with him soon after he was found.