PD lawmakers still debating the issue among themselves 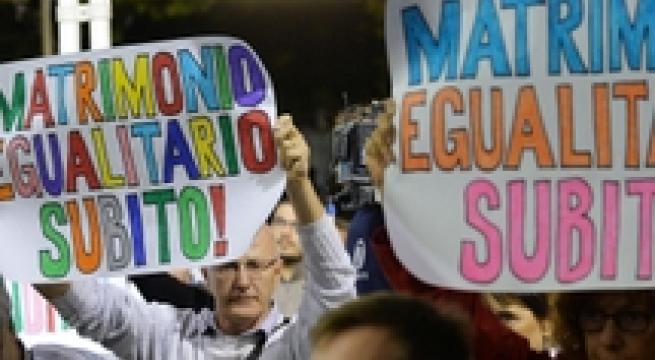 Rome, January 8 - Premier Matteo Renzi is in favor of stepchild adoption for gays but will likely let Democratic Party (PD) lawmakers vote their conscience on this issue in parliament, sources close to the PD premier said Friday. The center-right as well as center-left Catholics are opposed to gays adopting their partner's biological children. Meanwhile, a commission of PD lawmakers from both houses are engaged in debate over the government's civil unions bill - which contains the stepchild adoption measure. The commission is made up of five Senators and five Lower House MPs and was set up to debate issues related to the civil unions bill in November.