2 out of 5 suspects won't be handed over - sources 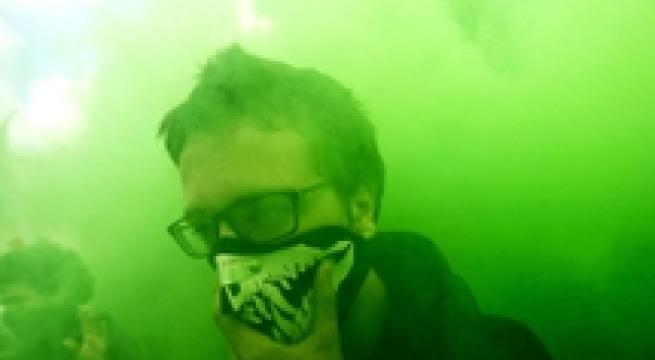 Milan, January 8 - Judges in Athens have turned down Italy's extradition request for two out of five Greek anarchists arrested in violent May 1 protests against the opening of the Milan expo world's fair, judicial sources said Friday. Legal sources said the ruling may have been due to the fact that the charges against the two, of "pillaging and plundering", are not on the statute book in Greece. In Italy they carry jail terms of up to 15 years. Italian police in November arrested 10 people in Italy and Greece in connection with the anti-Expo clashes that turned violent on May 1, the opening day of the world's fair. The suspects - five Italians and five Greeks - face charges of destruction and looting, aggravated resistance to a public official and misrepresentation. Eight of the suspects - four Greeks and four Italians - were taken into custody, while the remaining two were on the run. A further five suspects - three Milanese, one person from Como and one Greek national - are out on bail. The suspects all belong to anarchist groups that infiltrated a peaceful anti-Expo march, lobbing Molotov cocktails and fireworks at police, setting cars on fire, and destroying shop windows. They were identified after police analysed over 600 GB of photographic and video material. "We extrapolated hundreds of stills highlighting every smallest detail useful in singling out the authors of the crimes," police sources said at the time of the arrests. The Greek anarchist group was pinned down after 14 members drew the attention of cashiers at a Milan supermarket where they were shopping on May 2. The cashiers called the police. Investigators say the suspects formed a single 'black bloc' that carried out over 100 acts of devastation in complicity "with at least 300 people". One of the suspects is Greek anarchist Alexandros Kouros, who investigators say was the most dangerous and active in causing violence.