'To show reform had not been made' 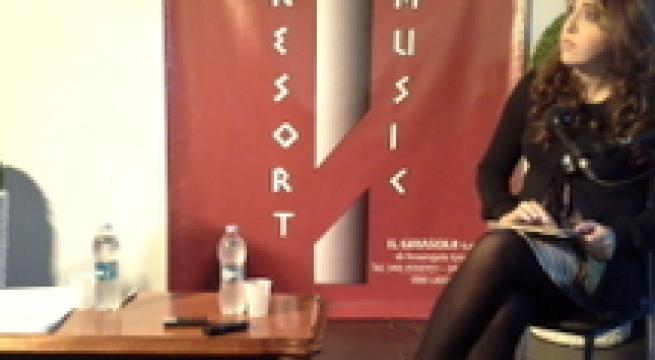 (see previous) Cosenza, January 7 - Vatileaks 2 defendant Francesca Chaouqui said Thursday her co-defendant Msgr Lucio Vallejo Balda passed confidential Vatican financial documents on alleged financial mismanagement and overspending to two journalists who used them to write two books. "It's true, it was me who introduced the two journalists to Msgr Lucio Vallejo Balda, but there was never any agreement to pass them private papers," she told a press conference at her home town of San Sosti in Calabria. "It was Msgr Balda who handed over those documents to show that reform had not been put into practice," she said. Chaouqui and Balda - who claims she had a brief affair with him - are among five Vatileaks 2 defendants. Vallejo Balda and PR expert Chaouqui were both members of the now-defunct COSEA commission set up to advise Pope Francis on the reform of the Holy See's economic and administrative structure. Investigative journalists Gianluigi Nuzzi and Emiliano Fittipaldi and Vallejo Balda's former assistant Nicola Maio are also on trial. Chaouqui, Balda and Maio are charged with leaking confidential material and Nuzzi and Fittipaldi with using it in two recently published books - one titled Avarice, the other Merchants in the Temple - documenting alleged Vatican waste and mismanagement and lavish spending by clergymen. Chaouqui defended herself at the press conference, saying she had been trying to help Pope Francis and not bidding for a place in the Roman Curia. "My problem was helping the Holy Father, not getting a place in the Curia," said the Calabrian-born PR expert. Chaouqui arrived at the press meet in her native town of San Sosti to the sound of Fiorella Mannoia's hit song 'Io no ho paura' (I'm Not Scared). Chaouqui said she would never betray confidential remarks by Pope Francis or divulge the content of classified documents. "No one will ever find out from me anything about conversations I had with the pope or any documents I got and read," she told a press conference. "I will never betray my State secrecy," she said, "even if my son should be born in prison".