Theater in 2016, from Dario Fo to Peter Brook

Premieres to include Danton's Death by Martone 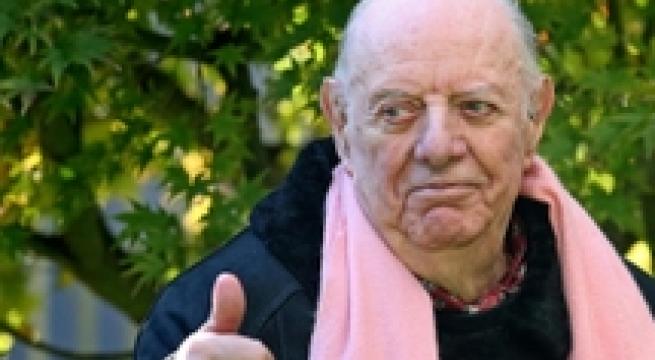 Rome, January 7 - The 2016 theater season is debuting with a Chekhov play set in southern Italy, the comeback of author Dario Fo and theater director Peter Brook, and a number of major productions. A number of premieres are scheduled for the season running from January through June. Among the most highly anticipated productions are Danton's Death, written in 1835 in just five weeks by a 21-year-old Georg Buchner and directed by Mario Martone. Starring Giuseppe Battiston and Paolo Pierobon, it centers on a duel between erstwhile friends and subsequent foes Georges Jacques Danton and Maximilian Robespierre, whose destiny was to die on the guillotine during the French Revolution. Thirty years after his monumental Mahābhārata, legendary British experimental director Peter Brook, aged 90, returns with Battlefield. Another Anton Chekhov play to debut this year includes an adaptation of The Three Sisters, staged by award-winning actor Pierfrancesco Favino. After directing Richard Bean's One Man, Two Guvnors - based on Carlo Goldoni's Harlequin, Servant of Two Masters - the actor and director brings the Three Sisters to southern Italy, setting the play at the beginning of the 1950s in La Controra. Meanwhile Italian actor Filippo Timi will star as all the male characters in Henrik Ibsen's A Doll's House directed by Andrée Ruth Shammah (premiering on January 20 in Saronno). A major production with eight performances and as many directors (including Gigi Proietti, Piero Maccarinelli and Ugo Gregoretti) will be The Three Musketeers by Alexandre Dumas (in Turin from February until May). Plays scheduled to debut in the first two months of the year will also include Dario Fo's Forbidden History of America, on the Seminole Indian tribes (opening January 29 in Bologna); Goldoni's The Liar directed by Valerio Binasco with the Popular Shakespeare Company; Othello directed by Carlo Sciaccaluga with Filippo Dini as the moor in a starkly Middle Eastern Cyprus; the Gospel, a contemporary story by Pippo Delbono with the National Theater of Zagreb (January 19, Rome); and a play on foul-mouthed comedian-turned-politician Beppe Grillo, founder and leader of the 5-Star Movement (M5S). Other productions scheduled are Medea by Euripides, directed by Gabriele Lavia with Federica Di Martino and Daniele Pecci, also interpreted by Valentina Banci and Barbara De Rossi. Lucia Lavia will star as Madame Bovary directed by Andrea Baracco. Women partisan fighters star in The Many Faces of Memory, by Francesca Comencini with Carlotta Natoli and Lunetta Savino - a play based on narratives of those who survived the 1944 Fosse Ardeatine reprisal mass killing in Rome by occupying Nazi troops. Valeria Parrella has written a play based on the myth of Orpheus and Eurydice with Isabella Ragonese, Michele Riondino and Federica Fracassi as lead actors. Walter Lemoli and Chile's Christian Plana will be staging August Strindberg's Miss Julie, respectively on January 7 in Parma and on January 13 in Naples. Chekhov's The Seagull will also be at the center of two productions, one by Carmeo Rifici and another by German star Thomas Ostermeier.