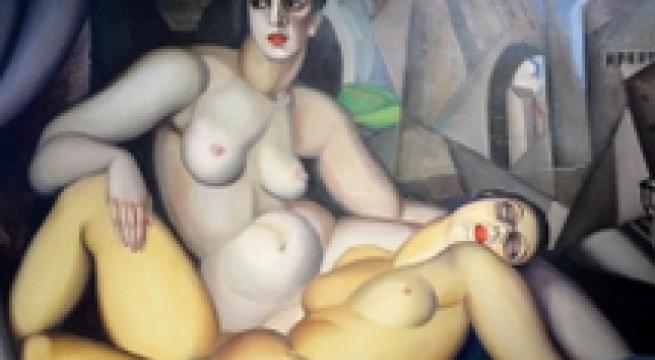 Rome, January 7 - Visitors to Verona can enjoy two major exhibitions dedicated to the Post-Impressionist era and to 20th century icon Tamara de Lempicka. In Rome, masterpieces by Parmigianino and Barocci inspired by Raphael are showcased at the Capitoline Museums. Meanwhile in Milan a collection of pictures and maps showcases the role of water in the city's history and development. VERONA- An exhibition presenting 70 Post-Impressionist masterpieces by artists including Seurat, Van Gogh and Mondrian is running until March 13 at the Palazzo della Gran Guardia. The works, usually housed at the Kroller Muller Museum in Otterlo in the Netherlands, have been selected to portray this crucial period of artistic production in late 19th and early 20th century Europe. VERONA- Tourists and art lovers have just a few more weeks to visit Palazzo Forti's exhibition showcasing the work of Polish art deco painter Tamara de Lempicka. About 200 of her works can be seen at the gallery, including oil paintings, drawings, photography and clothes. Visitors learn about her life in a chronological exhibition beginning with her Parisian phase in the 1920s through to some of her last work in the 1950s. The relationship between her painting and the languages of photography and fashion are analysed. Works that stirred scandal, including those portraying her lovers, are also on show. ROME- An exhibition on Raphael, Parmigianino and Barocci at the Capitoline Museums is heading towards its final weeks. The art of Francesco Mazzola, known as Parmigianino, and Federico Fiori, also known as Il Barocci, is compared with the work of Raphael. Both are considered heirs to the Renaissance master from Urbino. His strong influence on their work is reflected in drawings, etchings and contrast paintings. MILAN- The "Milan: City of Water" exhibition running at Palazzo Morando until Feb 14 displays the role of water in the city through 150 pictures and maps. It highlights the importance of water for both the military defence of the city as well as its economic and industrial growth.