Other winning tickets sold in Rome, Varese, Como, A1 motorway 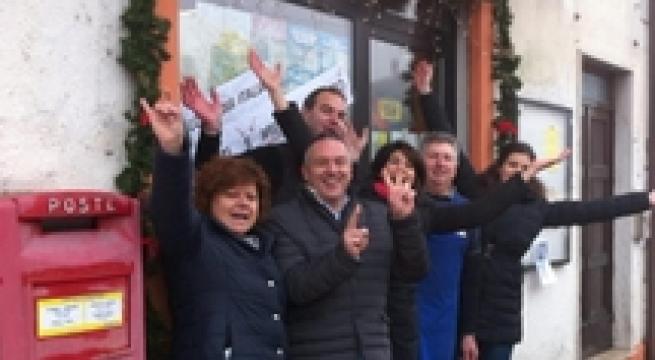 Rome, January 7 - Residents of Veronella in the province of Verona were ready to celebrate on Thursday after learning that a tobacconist in the small town had sold the winning Italian Lottery ticket worth five million euros. The ticket was drawn shortly before midnight on January 6 in the annual Epiphany lottery, which sold 8.7 million tickets this year. The name of the winner has not been announced. News of the draw spread quickly through Veronella, with Mayor Michele Garzon saying he hoped the prize money would go to someone "who needed it". The ticket worth two million euros - second prize - was sold at a service station on the A1 Rome-Naples motorway. The tickets for the remaining four main prizes - 1.5 million euros, 1 million euros, 500,000 euros and 250,000 euros - were sold respectively in Rome, Varese, Como and at a service station on the A1 Rome-Florence motorway.