No from AP would thwart Renzi system of government, Binetti says 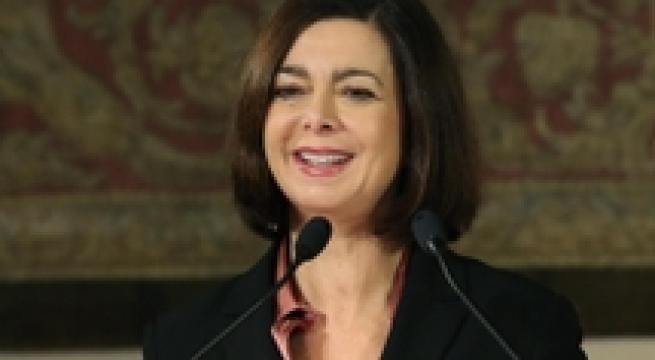 Reggio Emilia, January 7 - Parliament must pass a law on civil unions "because Italians expect it", Senate Speaker Laura Boldrini said Thursday. "If our aim is to move ever closer to Italian citizens we mustn't disappoint them," Boldrini continued, adding that she hoped the law would be passed "as soon as possible". Her comments came amid heated debate within Premier Matteo Renzi's Democratic Party (PD) and between the PD and centrist allies over a provision in the bill introducing stepchild adoption, or the adoption of the biological child of one partner in a civil union by the other. Conservative Catholics contest this measure on grounds it could pave the way for surrogacy, which is presently outlawed in Italy. The issue is proving a major obstacle to the passage of the law granting legal rights to gay and lesbian couples, which is due to hit the Senate floor later this month. "The law on civil unions must be passed: it is an element of civility," said Infrastructure Minister Graziano Delrio. "I believe that parliament will manage to find the right balance and keep the different sensibilities in mind," he continued. "It is right that there should be a discussion on important issues concerning the culture and conscience of every lawmaker: I am very confident," Delrio concluded. Paola Binetti of Area Popolare (AP), a caucus grouping the centrist New Centre Right (NCD) - a minor partner in the Renzi government - and the Union of Christian Democrats, took a different stance. "Our 'no' to the civil unions bill as it is today is obvious and predictable, to the point that one asks whether this isn't a manoeuvre designed to corner AP and force it to take drastic decisions, which would in fact thwart the entire Renzi system of government," she said. "Because from that moment on all moves to the centre would be precluded and the only escape route would be the return to alliances with the left," Binetti concluded. Meanwhile AP senator and president of the Senate environment committee Giuseppe Marianello said the group would be prepared to call for a referendum on the law if it is approved without modifications. "A legal ban must be introduced on wombs for rent, making the practice a crime, and all references leading to the homogenisation of civil unions and marriage must be eliminated," he said.