Napoli and Fiorentina behind, Juve get eighth straight win 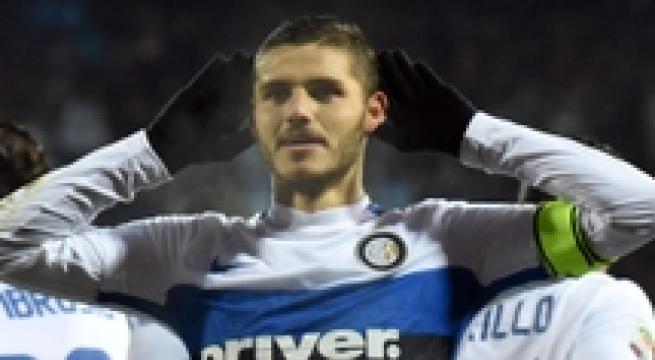 (updates previous). Naples, January 7 - Inter won at Empoli and remained at the top of the table, Napoli and Fiorentina kept up, and Juve continued to win on the 18th day of Serie A after the Christmas holidays. In Empoli, Inter did not shine and instead suffered throughout the match but in the end Mauro Icardi scored the 1-0 thanks to which the team remained at the top of the table. The Argentine player, last season's top scorer, has scored five goals over the last five games. One point behind Roberto Mancini's team are Napoli and Fiorentina, which beat respectively Torino and Palermo. At the San Paolo stadium everything happened in the first half of the game: Insigne first scored a wonder-goal for Napoli, then Quagliarella scored the 1-1 before Hamsik decided the match. In the second half, Napoli suffered a bit but managed to keep the lead. In Palermo, the protagonist was Slovenia's Ilicic who scored two splendid goals and launched Fiorentina to their 3-1 victory. Juventus also beat Verona 3-0, their eighth consecutive victory in the championship. Everything was easy with a pearl of a freekick by Argentine player Dybala and then the second powerfully headed goal by Bonucci. Zaza in the end scored the third one. Roma first scored two goals against Chievo but let their rivals take the lead before the final 3-3 draw. The goal by young Sadiq and Florenzi's goal were an illusion for the Giallorossi but Chievo drew level with Paloschi and Danielli. Then Roma scored with Iago Falque before the Verona team drew with Pepe - a goal that was eventually ruled legitimate thanks to goalline technology. Milan lost 1-0 in a home match against Bologna. The Rossoneri attacked, repeatedly dominating but missing a number of opportunities. Saturday will see a match between a disappointed Roma and Milan, which could cost the coaches of the Giallorossi, Garcia, and the Rossoneri, Mihajlovic, their posts. Among other results, Lazio drew with Carpi 0-0 and Udinese beat Atalanta 2-1. Sampdoria won Genoa's derby march with two goals by Soriano and one by Eder, giving their team a 3-0 lead, then Genoa tried to take back the match with two goals by Pavoletti but the game ended 3-2 for Sampdoria.