8 out of 10 of approved laws come from government 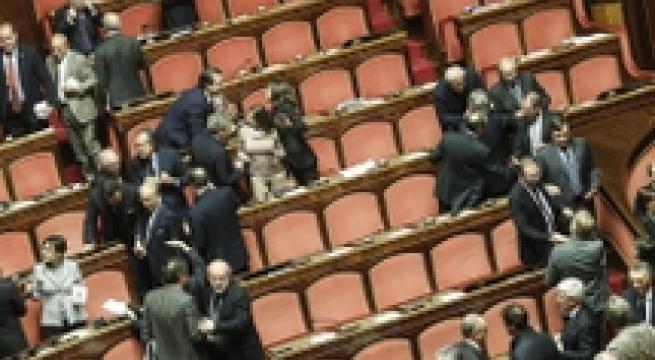 Rome, January 5 - More than 14,000 law proposals have been presented to parliament during the two most recent Italian legislatures but only 565 have received final approval, a report by the Openpolis research institute for the Repubblica.it website showed on Tuesday. Eight out of 10 of the approved laws were presented by the government and about 27% have been approved by a vote of confidence, the report showed. The success rate of proposals made by the government is 36 times that of proposals made by parliamentarians, according to the data. Every month about 183 draft laws are presented to parliament but only six complete the process, of which 80% are government decrees. Initiatives by MPs and senators only become law in 0.87% of cases. The report also showed a wide range in the time it takes to approve laws. A plan to rescue struggling banks took just two weeks to approve, compared to 871 days needed for a law on social farming. Laws on prison reform, work, competitiveness and public administration reached the finishing line in up to 44 days, while laws on divorce, ecological crime and anti-corruption took between 664 and 796 days. The parliamentarians who had the most success in having their laws approved were from Premier Matteo Renzi's Democratic Party. The strongest opposition to laws came from parties including the right-wing Fratelli d'Italia (Brothers of Italy), anti-immigrant Northern League and the anti-establishment 5-Star Movement.