Consumer spending set for biggest rise in decade this year 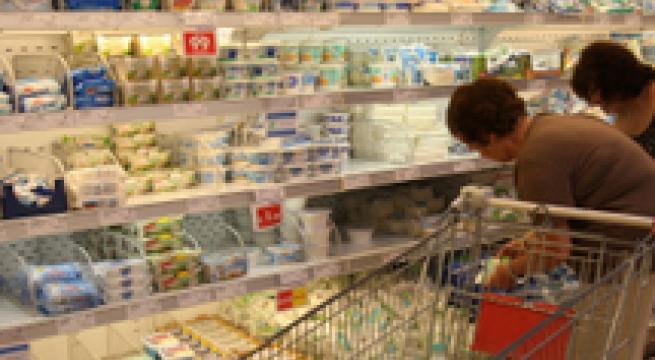 Brussels, January 5 - Average Italian inflation slowed down for the third consecutive year, hitting its lowest level since 1959 in 2015, Istat national statistics agency said Tuesday. Inflation slowed from +0.2% in 2014 to +0.1% last year, dropping to its lowest level since 1959 when it was at -0.4%, Istat said. The average consumer shopping cart of food, home products and personal care products became more expensive last year (+0.8%) than in 2014 (+0.3%), Istat said. The agency added that fuel prices plunged -10-3% in 2015, against -2.1% the previous year. In related news, a report by Coop large-scale retail distributor said family spending is set to rise by 1.4% in 2016, its largest annual increase in the past decade. The Coop report said that 2016 is seen as "the year of hope" by more than a third of Italians. Another one in six of Italians are associating the year with change, while for 14% the prevailing sentiment is fear. Based on its survey of spending intentions, the report found that per capita consumption will remain at levels seen in the 1990s. Italians will spend 1,700 euros less than they did in 2007 per capital, according to Coop. Also on Tuesday, Coldiretti farmers association reported food consumer prices grew 11 times the average rate of yearly inflation (+0.1%), but those earnings did not benefit those who produced the food. "The trend in food prices reflects seasonal conditions but it also the result of (market) distortions that still exist and that occur after the products leave the field and before they reach the table," Coldiretti said. "In that phase, prices rise an average of five times, albeit with differences between fresh produce and processed foods". Coldiretti added that Italian family spending on food and beverages rose by an estimated 0.3% in 2015 after contracting for seven consecutive years. The positive trend is expected to continue this year, the association said. Food spending is the second most important family budget item after housing, and is a key indicator of the state of the national economy, Coldiretti said.