From 1500s to modern day, building on last year's successes 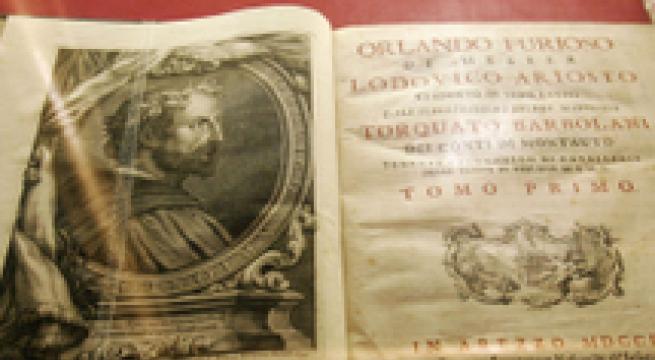 Rome, January 5 - The new year in Italy opens to a host of art shows that will appeal to classical as well as modern art lovers. Exhibitions at the start of 2016 continue on the heels of last year's successes in attracting a wider public to art shows - from the absolute masterpieces of Piero della Francesca to symbolism, from the work of Parmigianino in the 1500s to the visionary work of Ariosto, from the Venetian "vedute" of Canaletto to the 19th-century Macchiaioli and Impressionists, all the way to Balla, Severini and Japanese art. In Bassano del Grappa, the new season kicks off on January 19 in the Civic Museums with an exhibit titled The Magnificent Warrior, featuring the sketches of Jacopo Bassano. In Brescia's Palazzo Martinengo, the most famous "vedute" or views by 18th-century Venetian masters, including such masters as Bellotto and Canaletto, will be displayed from January 23 to June 12 in the show The Splendor of Venice. From February 3 to June 5 in Milan's Palazzo Reale, Symbolism: From the Belle Epoque to the Great War puts on display the dreamy, metaphorical and sometimes shocking images in the work of Ensor, Moreau, Redon, and Bocklin as they explored the human soul in the late 1800s and early 1900s. An extraordinary and much-awaited event is Piero della Francesca: Investigation of a Myth in Forlì from February 13 to June 26, at the San Domenico Museums. The exhibition brings together the work of Della Francesca alongside that of Domenico Veneziano, Beato Angelico and Paolo Uccello, and looks into the influence that the 15th-century genius had on modern artists including Degas, Cezanne, Carrà, De Chirico, Casorati, Morandi, Balthus and Hopper. In Turin from March 10 to June 30 at Palazzo Madama, the show From Poussin to the Impressionists: Three Centuries of French Painting from the Hermitage hosts a magnificent selection of works. Also in March, beginning on the 11th and running through July 3, Rome's Chiostro del Bramante will display paintings from the Macchiaioli movement, while the Eternal City's Scuderie del Quirinale will host art from the first half of the 16th century by Correggio and Parmigianino, from March 15 to June 26. The early 1500s are the focus of a show from March 19 to June 19 at Venice's Galleria dell'Accademia titled Aldus Manutius: The Venice Renaissance. Works by Giorgione, Bellini, Cima da Conegliano, Titian and Lotto tell how the founding of the Aldine Press and Aldus Manutius's precious books intertwined with a new type of art in the city, which was nourished by the publication of Greek and Latin classics. For those who love the 1900s, spring offers the eclecticism of Gino Severini starting March 18 at Fondazione Magnani Rocca, south of Parma. In Palermo at Palazzo dei Normanni from March 21 to August 30, the naive genius of Antonio Ligabue will be featured. Also in March at Milan's Palazzo Reale, the impossible perspectives of Escher will be on display through June. The summer and early fall will see a series of the shows tied to the celebrations for the 150th anniversary of relations between Italy and Japan. Following a February show in Rome at the Institute of Culture revisiting the Manga of Hukusai, the Scuderie del Quirinale will host Masterpieces of Buddhist Sculpture in July and August. Milan's Palazzo Reale will host Hokusai, Hiroshige, Utamaro: Place and Faces of Japan starting in September, with celebrated images of the so-called Floating World from Edo-period Japan (1600-1867). From September 24 to January 8, an exhibition at the Palazzo dei Diamanti in the city of Ferrara celebrates the 500th anniversary of the romance epic poem Orlando Furioso (The Frenzy of Orlando) by Ludovico Ariosto (1474-1533), who famously coined the term "humanism". The show will host a selection of masterpieces by Giovanni Bellini, Mantegna, Giorgione, Raffaello, Leonardo, Michelangelo, and Titian, as well as engravings, tapestries, books and handicrafts. In Treviso starting October 29 in the Santa Caterina Museum, the exhibition History of Impressionism: Great Protagonists from Monet to Renoir, from Van Gogh to Gaugin will put 120 works on display, on loan from major international collections, in a show that ends with the Picasso-inspired Cubism of Cezanne.