Near Parma, gala dinner in the labyrinth of Franco Maria Ricci 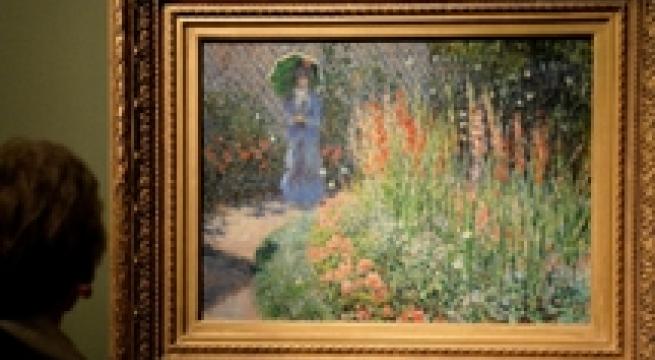 (ANSA) Rome December 28 - Art buffs can celebrate New Year's Eve in style across Italy this year, with masterpieces by Picasso and the Impressionists on loan from the Detroit Institute of Arts to admire in Genoa, glasses raised to Giovanni Boldini and Filippo De Pisis in Ferrara and a gala dinner in Franco Maria Ricci's unique labyrinth museum at Fontanellato in Parma province. Guests at the Palazzo Ducale museum in Genoa can enjoy a dinner on the theme of Paris and the Impressionists in the Dispora Mentelocale Bistrot restaurant featuring foie gras, champagne risotto with shrimps, Salmon Paris style as well as traditional Italian year-end dishes such as cotechino, panettone and pandoro. Doors of the exhibit will open at 7:30 pm an hour before the dinner starts so that visitors can admire the avant garde and Impressionist paintings while champagne will be served at midnight to toast the New Year and the exhibit also will stay open till 2 a.m. Those who purchase an entire package will be able to watch a concert in the Piazza Matteotti at 10 pm with 101 violinists playing together as well as visiting the art collections any time during the day from 9 a.m., organisers say. In Ferrara the historic centre will be transformed into a stage with at centre the "Estense castle fire,' an event that since 2000 has illuminated the architecture of the renaissance pile. At midnight exactly fireworks will erupt in the moat while cascades of fire will tumble from the towers and balconies illuminating the castle as if in daylight. After an aperitif in the castle courtyard guests can enjoy dinner at the Imbarcaderi rooms with a menu inspired by local specialities, while in the municipal theatre a Grand Gala will be held dedicated to the painting of Boldini and De Pisis, both from Ferrara. At Fontanellato the labyrinth inaugurated last year will play host to an exclusive aperitif in the museum rooms amidst the artworks of the Franco Maria Ricci collection as well as the exhibit entitled "Art and Madness of Ligabue". During the dinner dishes will be accompanied by wines chosen by Paolo Tegoni. After the toast it will be possible to visit the labyrinth by lantern light with a stop at the pyramid, warmed up by mulled wine. The Masone complex boasts the largest natural labyrinth in the world made up entirely of 5 metre high bamboo hedges around an ancient village that has been entirely restored. photo: a Monet from the Genoa show