Almost half of families to hang 'Befana' stocking 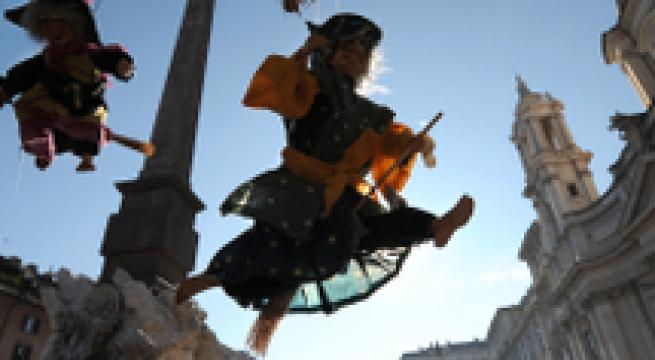 Rome, January 5 - Almost half, or 45% of Italian families will hang an Epiphany stocking this year, an Ixe' survey for Coldiretti farmers' association showed Tuesday. The Epiphany is a national holiday occurring on January 6 inspired by the story of the arrival of the Three Wise Men in Bethlehem with gifts for the newborn Jesus. In pre-Christian Antiquity, worshipers celebrated the rebirth of Nature after the winter solstice at the end of December. Legend had it that Mother Nature, exhausted by all her work in the year just past, transformed herself into a little old woman who distributed gifts as a symbol of the sowing season to come. She then burned herself, so that her younger version could rise from ashes. In Italy, this legendary old woman who delivers gifts on her broomstick is known as La Befana. She is said to visit children on the eve of January 6 to fill their stockings with candy and presents if they have been good or a lump of coal or dark candy if they have been bad. This year health-conscious consumers in a country where one third of children are obese will place dried fruits and nuts in the stocking along with homemade cookies in the stocking, according to Coldiretti.