Funerals held of two women who died in childbirth 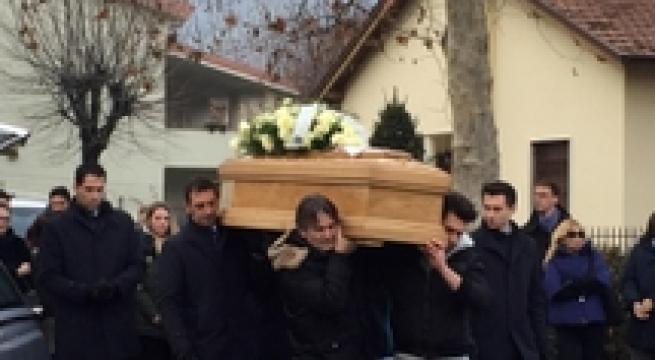 Rome, January 4 - The funerals of two women who died in childbirth were held Monday in Italy. Giovanna Lazzari, 30, and her eight-month fetus Camilla died on the maternity ward of Brescia's Spedali Civili hospital on December 31. Lazzari was married to Giovanni Coppini and the mother of two children aged four and one. According to initial reports she died of a hemorrhage after her placenta detached from her uterus, which can occur in the last trimester of pregnancy. This is one of the most common causes of maternal death, and early and skilled medical intervention is needed to ensure a good outcome. Angela Nesta, 39, died of cardiac arrest at Turin's Sant'Anna Hospital shortly after her daughter Elisa was still-born on the night of Saturday December 26. City prosecutors are investigating for manslaughter in both cases. Lazzari and Nesta are among a total of five pregnant women who died on Italian maternity wards in the past week. Two of the other fatalities were named as Marta Lazzarin and Anna Massignan, who died at facilities in the Veneto towns of Bassano del Grappa and Bonifacio. A fifth young woman died during a home birth in Foggia. Doctors there were able to save her daughter with a post-mortem cesarean. Health Minister Beatrice Lorenzin dispatched a task force of inspectors to all the hospitals in question last week. On Monday, she said the string of fatalities was a tragic "chance" and that initial reports show Turin's Sant'Anna was not at fault in Nesta's death. "There are no direct responsibilities on the part of Sant'Anna," Lorenzin told Sky TG24 news channel earlier in the day. "However, we are also investigating the phase prior to (Nesta's) being admitted, in this case as in that of the other women (who died recently)," Lorenzin added. "We need to investigate case by case, make sure no mistakes were made during hospital admittance procedures and prior". "Five deaths in seven days cannot be ascribed to chance alone - the measures taken are insufficient, we need prevention," said Codacons consumer association president, Carlo Rienzi. "The courts will shed light on the causes of the deaths and ascertain the responsibilities of local bodies and the institutions," he added, saying Codacons is suing over the fatalities. Federconsumatori consumer group called for the immediate release of a list of all medical staff on call when the women died in order to ascertain "possible organizational defects and possible omissions of procedure". Some 500 women and girls worldwide die every day during pregnancy or childbirth, according to the United Nations Population Fund (UNFPA) State of World Population 2015 report. Roughly three-fifths of maternal deaths during childbirth occur in "fragile" countries or ones facing "emergencies", the report said.