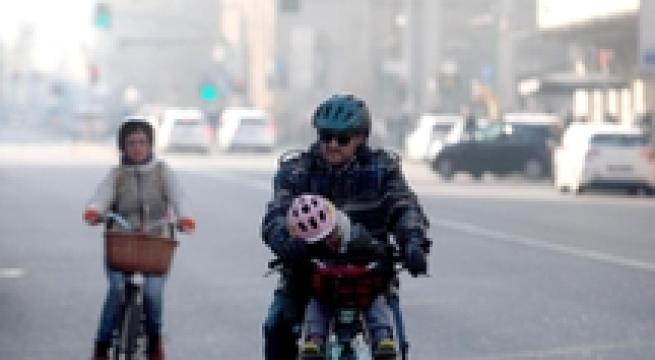 Rome, January 4 - Children will continue to suffer the effects of high air pollution in Italy's major cities in recent weeks even though levels of fine particulate matter have now dropped to below legal limits, paediatricians said on Monday. "Children's organisms are most easily affected by this kind of situation," said Graziella Sapia of the Italian Federation of Paediatric Doctors (FIMP). "Periods such as these always leave residual traces, people with chronic pathologies could still have symptoms but healthy people, weakened through exposure, could also develop problems," she continued. In big cities high pollution levels coupled with unseasonably warm weather have led to an increase in upper respiratory infections and in crises in children with chronic diseases such as asthma. The only weapon against the effects of smog is prevention, Sapia said. Parents should be told to avoid excessive exposure by keeping their children at home, she continued. FIMP is also organising training courses for doctors starting March on problems linked to exposure to pollutants, from fine particles to asbestos.