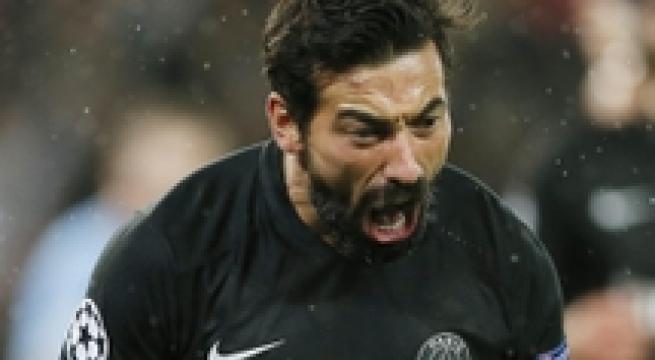 Rome, January 4 - Top players are planning strategy for their clubs in 2016 with Juventus' German ace Sami Khedira already gearing up for a battle with Bayern and optimistic the Turin club can win the Champions cup, commentators say. Slovak virtuoso Marek Hamsik of Napoli has his eyes set on spearheading the southern club's bid to win the Italian first division competition. However many clubs are counting on the transfer market to reinforce their line-ups with Verona hiring Urby Emanuelson, formerly of Milan, Roma and Atalanta, in a bid to revive its flagging fortunes by reinforcing its midfield. Juventus midfielder Stefano Sturaro for his part is being wooed by English club Crystal Palace (trounced at home yesterday by Chelsea), which is willing to pay dearly for him. But Juve coach Massimiliano Allegri seems unwilling to let go a player who while not in the world class of Messi has earned his keep solidly. Spanish hopeful Toni Doblas, aged 33, has called Napoli offering his services as third goal keeper. He currently is playing for the Delhi Dynamos in India. Andrea Ranocchia and Jonathan Calleri are waiting to know their future, likely to involve Inter parking them in Bologna to contribute to Roberto Donadoni's team. Ezequiel Lavezzi, Gregory Van der Wiel and Andrea Rabiot from Paris Saint-Germain are in the sights of emissaries from Inter who recently spoke about them with managers of the Paris club in Dubai. The Nerazzurri also are interested in Martin Cacares, the Juve defender, who also evidently makes Milan salivate. The Milan club also is considering letting go Alessio Cerci, who would not be much missed. Roma is waiting for Stephan El Shaarawy, while Ciro Immobile could end up at Napoli where he would find his friend Lorenzo Insigne. Napoli coach Maurizio Sarri is pressing to acquire Fiorentina's Uruguayan half back Martino Vecino, one of the players who did best in the first half of the championship. According to the London Daily Mirror, Manchester City might give up French player Samir Nasri should they acquire a conjurer like Francisco Roman Alarcon, better known as Isco, currently languishing with Real Madrid where Benitez gives him little scope and he may have asked for a change of air, while Juve's interest in him also is no secret. Arsenal at the top of the Premier League wants to beef up its line-up. The Gunners' coach Arsène Wenger is thinking about buying 26-year-old Gabonese striker Pierre Emerick Aubameyang, currently with Borussia Dortmund and the author of 18 goals in the first 17 days of the Bundesleague. According to the London Sun newspaper, Arsenal made an offer of as much as 60 million euros for the African football wizard.