After she posts his photo, calls him a killer online 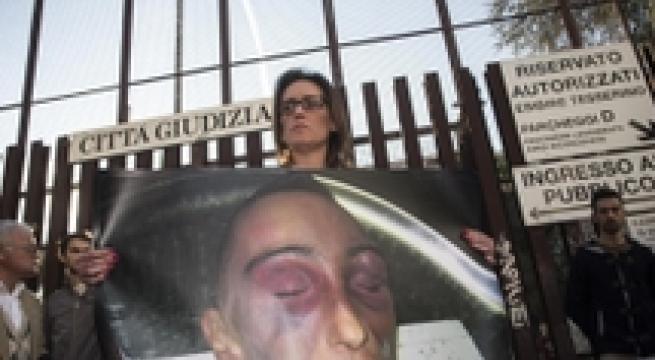 Rome, January 4 - A Carabinieri military police officer said Monday he will sue Ilaria Cucchi - whose brother died in police custody - for defamation after she posted a photo of him on Facebook, indicating him as her brother's killer. Officer Francesco Tedesco is under investigation along with four fellow officers for the death of 31-year-old Stefano Cucchi, who died in a custodial wing of Rome's Pertini Hospital after being arrested on a minor drug possession charge in October 2009. His body showed signs he had sustained a brutal beating at some point during his detention. The supreme Court of Cassation in December cancelled the acquittals of five doctors over the death, ordering a retrial. The top court upheld the acquittal of a sixth doctor and of three three prison guards at Regina Coeli jail in relation to the case. Separately, Rome city prosecutors are investigating five Carabinieri officers on charges of aggravated bodily harm and perjury in the case. The five had custody of Cucchi before he was turned over to Regina Coeli prison. On Sunday, Ilaria Cucchi posted on Facebook a photo of a smiling Tedesco in a bathing suit at a beach. "I wanted to see the faces of those who bragged about beating my brother up, who took pleasure in doing it - the faces of those who killed him," she wrote. Facebook users covered the officer with insults and verbal violence as a result, to the point where Ilaria Cucchi wrote in a second post: "We believe in justice and do not answer violence with violence". On Monday, Tedesco issued a statement via his lawyer. "My client...has been submerged with death threats aimed at him and his relatives," said lawyer Elio Pini. "We will sue Ilaria Cucchi and the authors of these threats for defamation". Also on Monday, a fellow officer defended Tedesco on Facebook. "The Carabinieri did their duty, arresting a large-scale drug dealer who sold drugs outside Rome schools after concerned parents reported him," wrote Roberto Mandolini, who is among the five being probed in Cucchi's death. "This is what they did and that's all they did," Mandolini wrote, suggesting that the Cucchi family and their supporters are acting out of financial interest and a desire "to arrive in parliament". Cucchi and her family have been campaigning tirelessly since several doctors, nurses and prison police officers were acquitted in 2014 of charges related to Stefano Cucchi's death.